Looking for what to do in Gettysburg and Adams County, PA?
The Connection is pleased to provide the complete go-to calendar for Adams County Events.
Our events update regularly – click here to post yours.
Check back for changes or cancellations 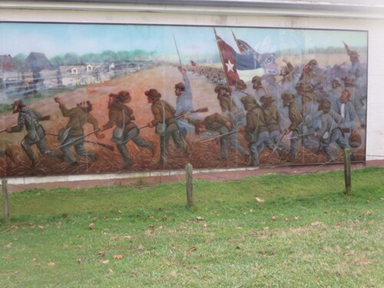 First shot fired at Gettysburg on July 1, 1863 started the three-day battle. Citizens were in a turmoil with a growing flood of wounded men being brought into town. Between 3:30 & 4:30 pm the Union lines to the west & north of Gettysburg crumbled and soldiers converged into one blue mass moving through the town with Confederates on their heels. There was fighting in the streets, alleys & yards, as the town’s people sought refuge in their cellars as the war was brought to their doorsteps. Walk the streets and alleys with a Guide and hear the stories of the civilians who lived through these violent days as the battle spilled into the town of Gettysburg.