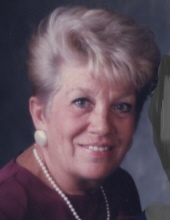 She was born June 10, 1943 in Aspers, PA the daughter of the late Robert and Eutha Heare Warrenfeltz. Donna is survived by her husband, Joseph E. Fox.

Donna was a 1961 graduate of Biglerville High School where she was the head majorette. She started her career in the restaurant business in the early 1970’s working as a banquet server at the Chalet in Dillsburg, PA. She then went on to be a banquet coordinator at the Sheraton Inn in Gettysburg (now the Eisenhower Inn). She quickly became the Food and Beverage Manager and coordinated events for gatherings of up to 1200 people. In the early 1980’s, Donna, became the club manager at the Gettysburg Elks Club where she built the reputation of having the best venue for weddings and parties. She worked hard along with her great team of people at making the Club one of the top in the state and country. Her success allowed the Club to burn their mortgage seven years before it was due saving the club tremendous amounts of money.

After great success at the Elks Club she was fortunate to become the Gettysburg Country Club manager where again the Club was very successful with the highest membership and best venue in its history. At the club is where her passion for golf became very strong. She was winner of the Club Championships and many tournaments along with Ladies League events. She enjoyed her time with her golf gals traveling all over Adams and York counties participating in club competitions.
She even loved golf trips to Myrtle Beach and Shenvalee Golf Resorts in West Virginia. Donna was so very proud of all the lives she touched especially on their special wedding day events. She often recalled many of the receptions and how very different each one was and could spend hours reminiscing about each one. She would be out in public and people would come up and thank her again for the wonderful job she and her team did with their events. She took pleasure in knowing someone everywhere she went including playing golf in Arizona and seeing former country club members.

Following retirement Donna spent many Sunday afternoons driving to Mt. Holly Springs to the South Mountain Drag Way to support her youngest brothers’ passion for racing. Everyone at the track knew Donna when she pulled in and parked her shiny Camaro on top of the hill for the best view of the track.

Donna will be remembered for her beautiful smile, her work ethic, professionalism, competitiveness, style and spirit.

In addition to her husband, Donna is survived by a daughter, Kristi Anderson and her wife Amy of Gettysburg, PA, a son, Brad Anderson of York, PA and a sister, Sandy Stouck. She was predeceased by a son, Terry Anderson, a grandson, Joseph Anderson, brothers and sisters; Patricia Baumgardner, Robert Warrenfeltz and Jeffrey Warrenfeltz.

A Memorial Service will take place at a later date. In lieu of flowers memorials can be made to the Adams County Special Olympics, 37 Bittern Drive, Gettysburg, PA 17325. Online obituary and condolences available at monahanfuneralhome.com.

The family would like to thank WellSpan Cancer Center, Dr. Ike and AseraCare Hospice.