EAA is an international association, first organized in 1959 to encourage and support sport aviation. It is structured with more than 900 active chapters world-wide. Chapter 1041, informally known as Gettysburg Barnstormers, has been in existence since 1993. (To explain how Gettysburg could be 1041 with only 900 active chapters, numbers are never duplicated should a chapter close). 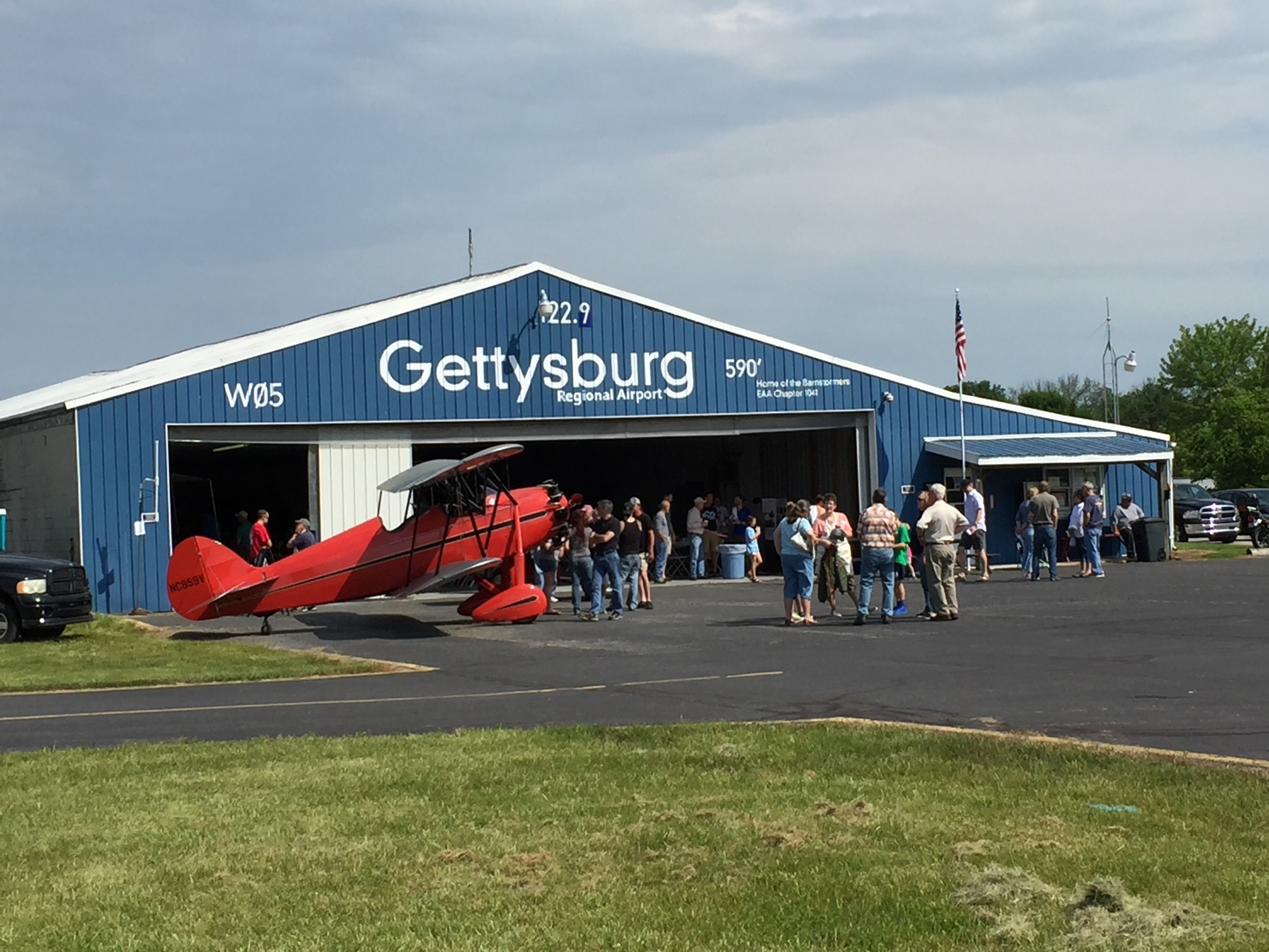 Members share their spirit of aviation with a passionate community of recreational pilots, aircraft builders, and those restoring antique aircraft. Flight captures the imagination; there is an element of excitement for everyone associated with the adventure of aviation. Some are simply engaged by aircraft in general, others challenged by the thought of learning to fly or building their own ‘flying machine’.

And most important, the chapter sponsors three summertime, weeklong, Air Academy programs (July) in Oshkosh, Wisconsin for “Young Eagles” age 12 – 13, “Basic” 14-15 and “Advanced” 16-18, who wish to know far reaching details about aviation. the program has been a life changing event for a few young persons from south central Pennsylvania. And returning Young Eagles often attend a second and third time in future summers. Attending participants arrive in Wisconsin from scattered nations worldwide.

The chapter has also granted scholarships for two teenagers toward earning their pilot’s licenses as they graduated from high school (17 is minimum age for powered flight). We are granting a third scholarship in 2022.

Chapter 1041 holds two fund raising pancake breakfast events each year to help fund the Young Eagles and flight scholarship programs. The spring event is always the first weekend in June and the second is the last weekend in September – easy to remember. Join us if you are able, June 4th or 5th, the next date.

It is airplanes that bring us together and it is the personal connection among similarly enthusiastic people that keep us coming back. Barnstormer membership now numbers 78. In the past 30 years, thirteen members have built or are building their own airplanes. Several more have accomplished restoration projects on production airplanes originally built during general aviation’s “Golden Era”, roughly between the late 1930s and 1975. Everyone, including the merely curious, are welcome to our events and monthly meetings.

by Community Contributors, Gettysburg Connection
May 17, 2022