The Fairfield Area School District has a high turnover rate, but Superintendent Thomas Haupt says it’s his plan to fix it. 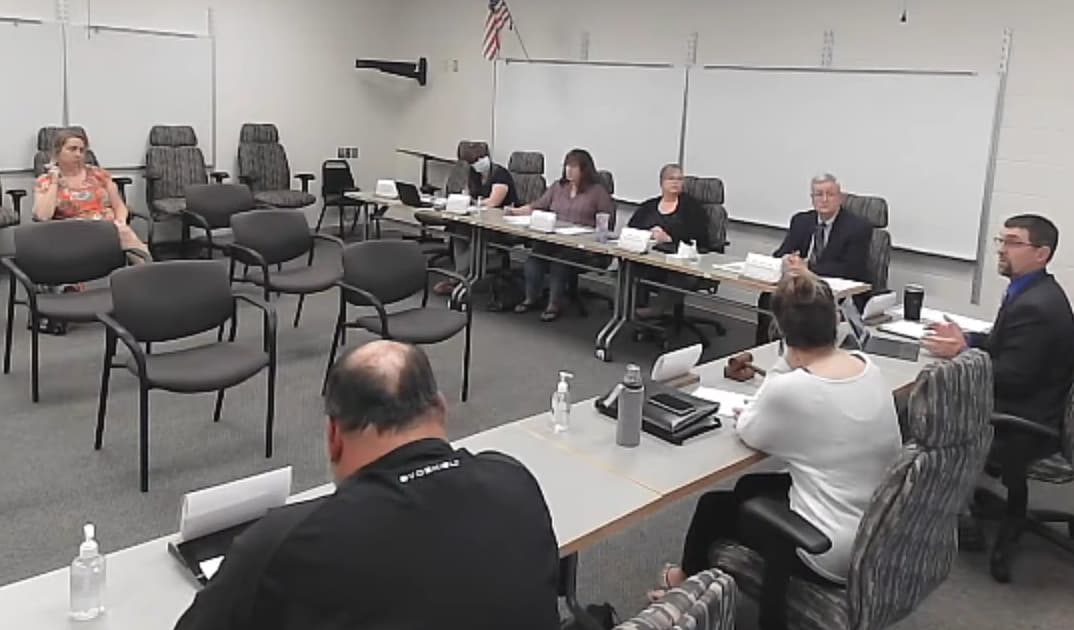 He pointed out that the special education supervisor will be the fourth in seven years. During the meeting, the board approved the resignation of Kaleb Crawford, the district’s coordinator of technology, and will now hire the third person in six years for that role. Tim Stanton, who was hired this year, is the fourth business manager in three years, according to Haupt.

“I’m really the third superintendent in a seven-year period,” Haupt said. “I’m looking to obviously change that trend with my tenure here.”

The superintendent said he will soon show the board a draft organizational chart and job descriptions for the middle and high school assistant principal position. He also wants to give them a “peek behind the curtains” of his vision for the next three to five years.

“That’s all-around transformation, and really how we look now versus how we would look three to five years from now and the steps along the way,” Haupt said. “Very high-level. We have quite a bit of work to do this summer in terms of developing plans, but again, I look forward to doing that work with the team that we’re building.”

Haupt said he won’t reduce the turnover rate or address other issues on his own. He plans to seek feedback from teachers, members of administration, community members and students as well as the board.

Stanton said the business office has also realized the need to cross train people to handle payroll in the event that the primary person who handles it is unable to work. That training will begin this week and will mean the district will not need to rely on only one person to handle payroll.

The board also voted to adopt the 2022-23 proposed preliminary budget, which will likely be finalized during the board’s meeting on June 27.

The board debated what eighth grade appreciation should look like. Some wanted to see the currently scaled-back appreciation return to being the bigger event it used to be.

Board Vice President Jack Liller said nothing had been done for it since 2018 and he was glad it was being celebrated again.

Liller said he supported inviting parents but didn’t think it necessarily needed to be a larger event.

“They’re 14 years old, so I don’t think they need ceremonies to graduate from every other year, but I would go so far as to say that we should have students tell us if they want their parents there,” Liller said. “They’re 14. It wasn’t meant to be a, like, award ceremony. It was meant to be a fun day of pizza, you get a couple of awards, you watch movies with your teachers– all of that stuff wrapped into it. It’s not like they’re walking down and taking a photo op kind of– I think we’re looking at it like it’s supposed to be a ceremony when it wasn’t. It was just a kind of, ‘You’re going to high school. Let’s have a pizza party’ kind of thing.”

Some on the board felt it should be a bigger event with parents welcome to attend.

Board member Candace Ferguson-Miller said she was once a student in the district and had fond memories of the eighth grade appreciation being a bigger event. At the time she attended, she said parents could also attend and students were treated to a formal and dinner.

“So for what we have now is heartbreaking to me to see that, one, it was going to start off as announcing them over the announcements to come get their awards at the office,” Ferguson-Miller said. “And then parents complained about that, and then it went to, ‘We’re going to livestream it and you can watch it online.’ And I just think that these kids have worked so hard for the last two and a half years, and their parents have worked very hard to get them to where they are.”

Ferguson-Miller also said she feels the district needs to intentionally reach out more to middle school students and create more events for them.

“I think that these middle school kids get lost and there aren’t a lot of activities, and things have been lost for them,” Ferguson-Miller said. She said the need is even greater since FASD sends fifth grade students to middle school while many other districts do not.

She also pushed for asking parents to participate.

“Our parents work hard and they want their kids to do well, and I think that the parents should be involved in the things that they do,” Ferguson-Miller said.

Board member Kelly Christiano said she felt that if middle school students don’t play sports, there is “literally nothing for them.”

Like Ferguson-Miller, Christiano said she enjoyed the larger eighth grade appreciation when she was a student. She said she hoped the community would help the district add more opportunities for extracurricular activities.

Board member Lisa Sturges said she was unsure why eighth grade appreciation was canceled after 2018, but agreed the district needed to reach out more to the middle school students. She said there is an increase in bullying and that “differences became more apparent” in those grades, making it harder for students to feel that they fit in.

Haupt said he was “highly appreciative” of the efforts to bring back eighth grade appreciation. He said he wanted to know what the eighth grade students would like going forward, adding he didn’t think “their voices should go unheard in the future.”

He felt it was too close to the date of the appreciation to change the plan and invite parents to attend this year. When asked what was preventing parents from attending, Haupt said he was unsure. Only two parents have inquired about attending, he said.

Board President Jennifer Holz stopped the discussion by saying it was not something the board could act on, although she was glad the board was aware of the issue.

Sturges, the board’s newest member, was approved as the district’s representative for the Pennsylvania School Boards Association.

Haupt thanked the board members for planning to attend the high school graduation ceremony scheduled for June 1.

“I know that we have been doing a lot of work as a board and I just want to say, ‘Thank you’ to this board on many fronts but especially, our culminating activity every year to me is graduation,” Haupt said. “I honestly have, in my tenure as superintendent, been encouraging all nine members of a board to attend graduation every year, and this is the first year that I believe this is going to happen. So a credit to all of you for attending. It’s 13 years’ worth of work for our students and staff, so it’s certainly meaningful and I appreciate you attending, so thank you for supporting that.”

Holz said the board planned to hold an executive session following the open meeting in order to discuss personnel matters. She said the board also held sessions on May 9 and May 16 for legal and personnel issues.

The next regular board meeting will be at 7 p.m. Monday, June 14. Meetings are held in the district board room and are livestreamed on the district’s YouTube channel.

by Imari Scarbrough, Gettysburg Connection
May 25, 2022