Students from the Gettysburg Area High School will present “The Addams Family: The Musical” this weekend.

The show chronicles the drama, travails, and romances of the charming but offbeat American family originally created by American cartoonist Charles Addams, which was later developed into a 1960s TV show as well as film, video games, comic books, a musical and merchandising. 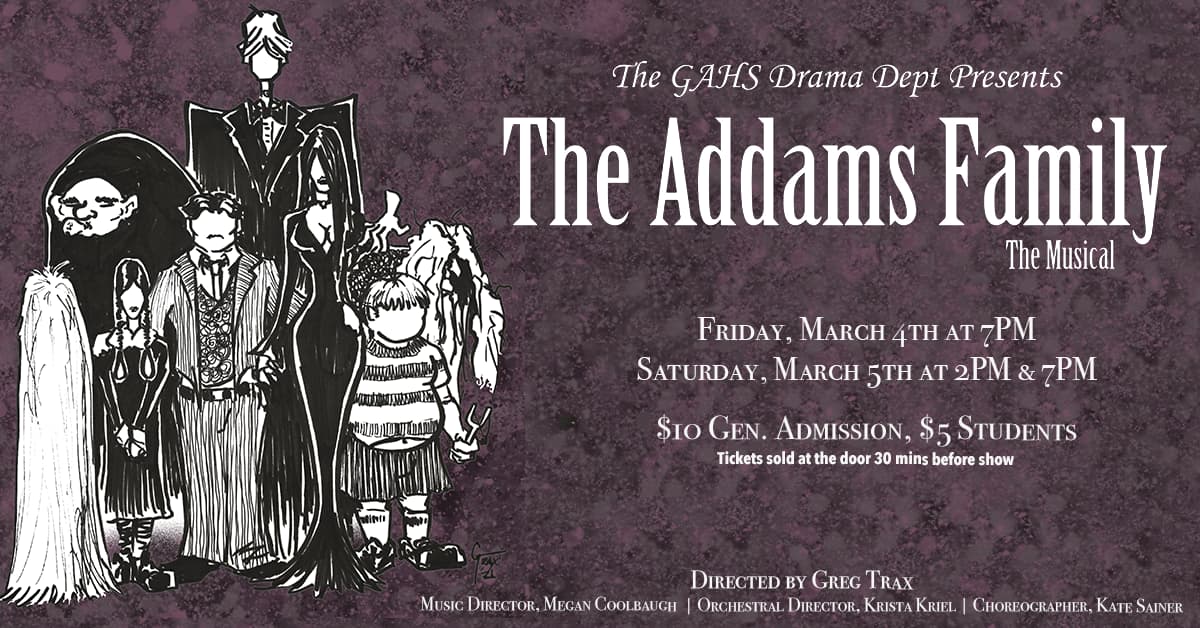 As they say about the Addams Family:

The show has been “on deck” for a few years now at GASD, ever since orchestral director Krista Kriel said she wanted to do it.

Come out to the haunted mansion and show these talented children and school district staff that you support their hard work and dedication.

GASD gets spooky with The Addams Family: The Musical