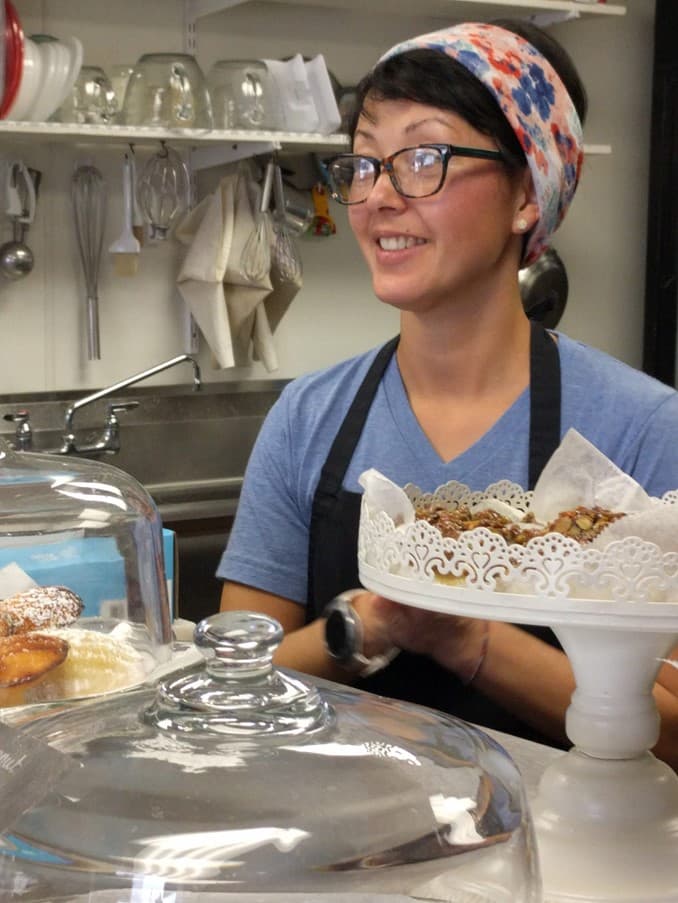 It was five years ago that Littlestown resident Monique Washirapunya opened her boutique bakery, Gateau Monique, in downtown Littlestown.

Since then hundreds of people have enjoyed Washirapunya’s creative desserts, and the bakery has become a fixture in Adams County and the Littlestown community.

Washirapunya said her bakery is a small-town business and “a personal thing. I can’t go anyplace without hearing ‘Oh, you’re the bakery lady!'”

Washirapunya said the bakery specializes in retail and wholesale sales and supplying desserts to weddings and events. Gateau Monique is “not super-traditional French, but offers a European style which uses less sugar, but more dark chocolate and butter,” she said.

“Some customers were skeptical at first – they wanted to know where the donuts were. But now a lot of families are interested. They trust what we do,” said Washirapunya.

Washirapunya’s assistant, Mike Warner, said the bakery’s savory offerings, including the onion and shallot pop tarts, were popular on Saturday mornings. “We have a line out on the street waiting for the open sign to flip at 8 a.m.”

Warner, who lives down the street from the bakery in Littlestown said he started at the bakery by helping Washirapunya move a refrigerator, and ended up as a baker.

Before opening Gateau Monique, Washirapunya attended culinary school at Indiana University of Pennsylvania, worked at Antrim 1884 in Taneytown, and earned a business degree from McDaniel college.

“The business education has helped me tremendously,” said Washirapunya.

“Every year 100-130 Kindergarten children from Alloway Creek Elementary come through on a field trip. They learn about the baking machines and they bake cookies,” said Washirapunya.

Washirapunya said she had initially expected to be only a wholesale operation, but when she took a look at the old barbershop building that became the bakery, she decided otherwise. “The windows were so nice I opened for retail,” she said.

Washirapunya said she hopes to expand in Littlestown by opening a market selling local produce along with the bakery.

Gateau Monique is offering gift boxes with bakery aprons and samples from local businesses for the holidays. “It’s something unique at Christmas,” said Washirapunya.