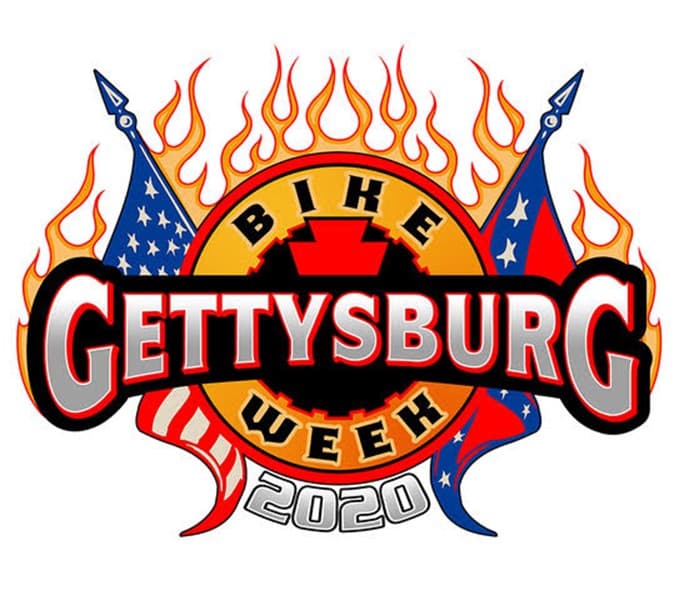 This July, Gettysburg Bike Week will celebrate almost two decades as a premiere motorcycle rally. The anniversary rally goes down at the Allstar Events Complex in Gettysburg. Festivities kick off Thursday, July 9, 2020, and run through Sunday, July 12. To help us commemorate this auspicious occasion, event organizers have brought in some heavy-hitting musical acts.

“We’re really excited about our musical guests for this milestone,” said event coordinator Kelly Shue. “Hard to believe it’s been 19 years—this year’s rally will be the biggest and best one yet, and I feel like we’re just getting started.”

This year’s storied group of live-music entertainers features Jasmine Cain, back by popular demand for her second year in a row. A Sturgis, South Dakota, native, Ms. Cain moved to Nashville in 2003 and began what can only be described as a stellar career in the music business. Some of her more than 30 awards won include JPF Female Artist of the Year and four-time Female Rock Vocalist of the year. With seven studio albums under her belt, her shows are stadium quality and high energy, keeping audiences riveted from downbeat to encore.

Joining Jasmine Cain as Friday night co-headliner, classic Los Angeles glam rockers Vixen will take to the stage, playing their unique brand of 80s hair metal. Perennial staples in the Billboard Hot 100 in the late 80s, Vixen has been described as “the female Bon Jovi.”

And rounding out the headliners on Saturday, Oklahoma’s Hinder will bring their furious blend of hard rock, post-grunge and glam metal to the GBW faithful. Joining Hinder on Saturday will be York, PA locals The Small Town Titans. They are a rock n’ roll power trio who love to play live.

Legendary emcee Jack Schitt once again performs master of ceremonies duties throughout the week on the Budweiser Stage, Gin Gypsies will sling drinks and rally goers can expect performances by the International Bikini Team, plus heavy competition in the Cycle Source Ride-In Bike Show, Mini-Bike races, Bike Games and Rodeo; and the Parade of Chrome.

And, of course, no rally would be complete without great riding, and Gettysburg has some of the best. Whether riders want to see historic battlegrounds or just hit the road for a great cruise, hundreds of miles of the best riding in the East surrounds Gettysburg. In addition to fantastic solo riding, GBW also features awesome group rides and the Pink Journey of Lights and Stars of Hope Charity Rides.

Pricing for Gettysburg Bike Week is as follows:

New and returning riders can find updates, the schedule of events, lodging information and more about Gettysburg Bike Week by visiting http://www.gettysburgbikeweek.com.