Officers from the Gettysburg Police Department were dispatched last night at about 9:27 p.m. to the area of the first block of York St. (off Lincoln Square) after a report of individuals shooting some type of air rifle or pistol from a passing vehicle at people walking on the sidewalk. 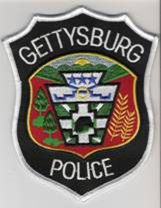 The vehicle, described as a silver or gray sedan with tinted windows, was last seen traveling through Lincoln Square and headed west on Chambersburg St.

Officers responded to and checked the area but were unable to locate the perpetrators.

The Police Department is investigating this incident and similar occurrences that have been happening in the area over the past week.  The weapons involved are believed to be some type of airsoft or other air powered device.

Anyone who may have witnessed this incident last evening, has experienced a similar incident, or can provide any information is asked to contact the Gettysburg Borough Police through the Adams County Emergency Service Dispatch Center at (717) 334-8101.