At Monday’s school board meeting, Littlestown Area School District (LASD) Superintendent Christopher Bigger said the capital project was ongoing and that two feasibility studies had been completed. Crabtree Rohrbaugh conducted one study in 2015 and RLPS architects recently completed a second.

Bigger said both studies arrived at the same conclusion regarding the Maple Avenue Middle School. “The middle school is a money pit,” he said. “Throwing good money into the 1932 building designed for 600 school students but currently serving 400 students is irresponsible and wasteful.”

“We can agree that something needs to be done. We don’t have an option, but we have to do something,” continued Bigger. “Whether it’s this year, next year, or the year after, that doesn’t matter but it has to be on our radar until we come up with an agreed upon solution.”

Based on the costs of the Alloway Creek Elementary School project, Bigger said LASD finances are in a better position today to accommodate a capital project that would consolidate the middle school and high school. “We know that consolidation saves us in costs,” he said.

Bigger said the district has two-thirds of the funds in place but that more work needed to be done to move forward.

Bigger also presented information about the Pennsylvania Elementary and Secondary School Emergency Relief (ESSER) grants. The ESSER funds come from the $13.2 billion federal Coronavirus Aid, Relief, and Economic Security Act (CARES) designed to help schools with the effects that COVID had and continues to have on their operations.

There have been two ESSER grants approved; however, as of the current date only the ESSER I awards have been received while ESSER II is an outstanding amount and ESSERs III is still in the processing stage.

“We had to submit the grant by a certain date. We have to write a grant and put lots of expenditures on it whether we intend to do it or not,” said Bigger. “We are learning the grant processes and what will change from the federal government. We can change those expenditures.”

Bigger added that many of the expenditures listed will back-fill the district budget. “We put the most information in there to have as much flexibility as possible,” he said. ESSER money was used for the pilot Pre-K Summer Program and The Level Up Program for mental health services in the district.

The Board unanimously approved the administrative contract for the new Business Administrator. Thomas Showvaker introduced himself to the board and community members in attendance.

A Dual Enrollment/Dual Credit Program Agreement with Delaware Valley University was approved by the Board to begin at Littlestown High School in the 2022-2023 school year. This program will allow students to earn credits for both high school graduation and university at the same time.

Director of Pupil Services, Carolyn Fiascki announced to the board and attendees that Paula Frey had been awarded the Pennsylvania School Nurse Excellence Award for the South Central Region of PA for 2022.

The board recognized the February Students of the Month from each building. ACES was represented by Kindergartener, Sam Denault and Alyssa Hahn from the third grade. Brooke Conover, an eighth-grade student, was the MAMS representative. LHS Seniors Diego Guzman and Maria Eduarda Marton Coutinho (Duda Marton) were also recognized.

The next regular meeting of the LASD Board will be on Monday, April 25, 2022 at 7:00 PM in the board room. The public is encouraged to attend. 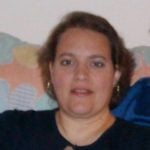