The pandemic has challenged, but not always defeated, the spirit and dedication of thousands of Adams County businesses to serve their customers.  For many the pandemic has forced sharp cutbacks in services, changes in procedures and protocols, and led creative owners to think out of the box to keep their businesses afloat.

The food industry, and especially local restaurants, have faced immense stress during the pandemic.

“During the first two months of quarantine when we were unable to offer dine in service we were forced to basically close down the business”, said Cory Rose, manager of Food 101 in Gettysburg.

After the two-month shutdown Food 101 was allowed to offer takeout orders, and re-hired their entire staff with the help of a federal paycheck protection loan.

“We were able to open for a little bit at 50 percent, and then at 25 percent after a little bit, which only allowed us to have four customers in our dining room,” said Rose.  “To be honest it has been quite a struggle to be safe and make our customers feel comfortable.”

Even after reopening, the constantly shifting state regulations have made it difficult for many restaurants to have a consistent number of customers able to sit inside at a time. It has been a long and difficult road for many of these restaurants to get back into their normal routines and continue to provide quality food.

“We have been extremely strict with the guidelines the entire time and have made it very clear to the public that we would be”, said Rose.

“Normally our summers are very strong and there is a line out the door, but we have not had an actual wait for a table since March when the pandemic began,” said Rose. “The majority of the customers we are seeing now are tourists and people not from our area.  Locals are still very resistant to coming out.”

Like other personal care businesses, the Gettysburg Day Spa at 730 Chambersburg Rd. in Gettysburg was closed for three months from March to June. The spa has now reopened, but at 50 percent capacity.

“The first weeks we opened there was a massive wave of customers,” said owner Kathy Gilbert. “Of course it has since slowed down since then, but we are now open on Sundays to accommodate more customers.”

Discussing the future Gilbert says “We hope to see a slow increase of business after the initial big wave.”

Gilbert understands the regulations put in place by the state but said the additional four weeks of closed business was hard on everyone, both customers and employees. Now that business is back to relatively normal, The Gettysburg Day Spa continues to move forward.

“At first we were closed, and then it opened up where we could see emergency patients – broken teeth and so forth,” said Steve Kohler from Gettysburg Family Dentistry at 239 N. Hay St. in Gettysburg. It evolved very gradually over the course of eleven weeks to where we could see everyone.”

“The COVID risk here is low.  We are prescreening everyone.  If someone has medical issues we still may opt not to see them,” said Kohler.

“We’ve added Plexiglas barriers and we made a pretty heavy duty change to the HVAC to align better with CDC guidelines,” said Kohler. “We added sterilization units in the ductwork and purchased a cold fogger that puts hypochlorous acid into the rooms multiple times a day. It’s a good disinfectant.”

“We’re working in a danger zone but we’re trained to deal with it. There are times when it’s been tough and it took some self-exploration to figure out how to do the right thing,”

When the pandemic began in the spring, construction companies were forced to close entirely at first, and then were allowed only outside work. As the county opened up, these businesses went through a lengthy process to be able to resume their normal operations.

“We were concerned because we learned that we could get our license taken away if we did not apply for an essential workers permit,” said Reyna Sallon from Alam B Roofing and Home Improvements in Gettysburg.

To prevent the spread of the virus, the PA Department of Health has required construction workers to wear face masks.

“For our residential visits our workers were asked to wear masks at all times while working and our boss has spaced everyone out in the office,” said Becky Kims, the Accounting Manager at the Gettysburg Construction Co.  “When working on roofs the workers needed to wear their masks and were told to spread out during breaks throughout the day,” said Sallon.

The adjustments and precautions that were implemented by state law did impact the ability of some businesses to do their main jobs, specifically the jobs that required entering into community member’s homes.

For a long time “we were only allowed to respond in person to jobs that were deemed as emergencies and had to ask others to use buckets for indoor roof leaks and such,” said Sallon.

Because construction workers lost so much time in the spring, many find themselves rushing to complete as many projects as they can before winter, while also attempting to catch up on the jobs that were cancelled at the peak of the pandemic.

“People are getting ready for the winter and when it gets too cold it is difficult and very dangerous to work on roofs,” said Sallon. 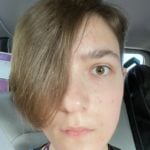 Local Businesses, from Roofers to Dentists, Each Cope with COVID in Their Own Way