GETTYSBURG Pa.  The Gettysburg College men’s soccer team will compete in the NCAA Division III Tournament for the second consecutive season and take on Kean University in the first-round match-up. SUNY Cortland will be serving as the host school for the first and second rounds of the tournament in Cortland, N.Y. 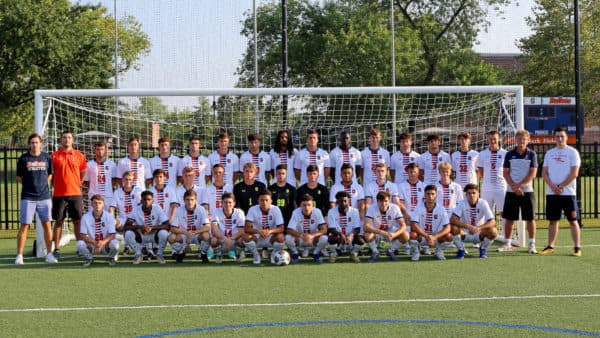 Gettysburg is making its ninth NCAA Division III Tournament appearance in program history (1992, 1993, 1995, 1997-99, 2001, 2019). The Bullets advanced to the national quarterfinals for the first time in program history back in 1997, where they finished with an overall record of 16-4-2. The 2019 season marked the first time in 20 years that both the Gettysburg men’s and women’s soccer teams competed on the national stage in the same season. The Bullets were one of a record five Centennial Conference teams to make the national tournament this season.

Kean, who claimed the New Jersey Athletic Conference Championship last weekend, will be making its 16th appearance and first since 2010 to the national tournament. The Cougars went to their first NCAA Division III Final Four in 1983 and were crowned national champions in 1992, which marked the first for the program. Kean defeated Ohio Wesleyan University 3-1, finishing with an overall record of 18-6-1.

This will be the first-ever meeting between Gettysburg and Kean in men’s soccer.

Kean also received UCS regional rankings this season in the Region IV poll. They checked in at No. 6 in this week’s NCAA Division III Region IV poll.

This story was originally posted on the Gettysburg College Website.