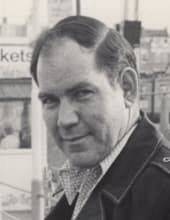 He was born May 15, 1927 in Harney, MD the son of the late Allen and Emma Stonesifer Bollinger. Ivans wife, Mary Catherine Vaugh Bollinger died in 2001.

Ivan was a longtime member of St. Francis Xavier Catholic Church. He was a veteran of World War II serving in the US Army in Germany. For many years he worked at Cole Steel Company in York, PA and EMACO in McSherrystown, PA. He was a former member of the Gettysburg Moose and Gettysburg Eagles. He enjoyed dancing, fishing, camping and traveling. But most of all he loved spending time with his family especially his grandchildren.

A Mass of Christian Burial will be celebrated on Friday, September 3, 2021 at St. Francis Xavier Catholic Church, Gettysburg at 10:00 AM. Interment will be in the church cemetery. There will be a viewing at Monahan Funeral Home in Gettysburg on Thursday, September 2, 2021 from 6:00 PM until 8:00 PM. In lieu of flowers memorials can be made to a favorite charity. Online obituary and condolences available at monahanfuneralhome.com.