John D. Jack Bream, 87 of Gettysburg, PA passed away on Wednesday, February 23, 2022 at The Gettysburg Hospital. Born in Gettysburg on July 23, 1934, he was the son of the late Henry T. & Louise D. (Dougherty) Bream. Jack is survived by his wife of 64 years, Carol B. (Burchfield) Bream. He was a member of Christ Lutheran Church in Gettysburg. 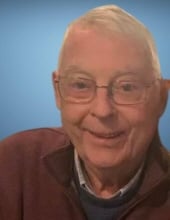 For many years Jack coached and was a member of the Board of Directors for Gettysburg Little League, Pop Warner Football Program and was the President of the Board for the Gettysburg Park and Recreation.

After graduating from Gettysburg College in 1957, he remained very active with the College. Jack spent several years as the Asst. Mens Basketball Coach, supporting the Football program as well as other various sports.

A longtime member of the Gettysburg Lions Club, Good Samaritan Club and The Shrine.

Affectionately known as Mr. Jack in the Littlestown School District where he spent 35 years as a teacher, coach and Administrator.

Throughout his life Jack received many accolades, awards and recognitions for his tireless work in education, his community and athletics. In addition to his wife, Jack is survived by his three children, Henry T. Tim Bream, III (Donna), Tamara B. Bream (Harry Morales) and Wendy Bream Stoner (David), four grandchildren, Rebecca Bream Hughes, Anna Stoner Lonborg, Elizabeth Bream and Daniel Stoner, and a great granddaughter, Penelope Hughes. He was predeceased by a brother, Henry T. Bream, Jr. A Memorial Service will be held at 11:00 AM on Saturday, February 26, 2022 at Christ Lutheran Church, 30 Chambersburg St. Gettysburg, PA with the Rev. Stephen Herr, officiating. The family will receive friends on Saturday at the church from 9:30-11:00. In lieu of flowers, memorials can be made to the Shriners Hospital for Children, 2900 Rocky Point Drive, Tampa, FL 33607 or Henry T. Bream Scholarship Fund, C/O Gettysburg College Athletic Department, 300 N. Washington Street, Box 400, Gettysburg, PA 17325. Online tributes and condolences can be made at monahanfuneralhome.com.