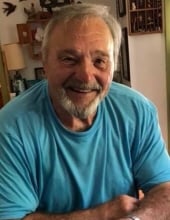 Joseph V. Joe Hardman, 80 of Gettysburg, PA passed away at The Gettysburg Hospital on Saturday, May 29, 2021. Born October 08, 1940 in Gettysburg, he was the son of the late Clarence & Margaret (Sanders) Hardman. Joe is survived by his wife of 60 years, Nancy (Bolen) Hardman. He was a member of the United Brotherhood of Carpenters and Joiners Local #214 in Harrisburg, PA since 1967. Joe was a life member of the Barlow Fire Co., Gettysburg Eagles, Biglerville American Legion Post #262, Blue Ridge Sportsman Club and the New Oxford Social Club. In his retirement years, Joe enjoyed time spent with his family, especially his two granddaughters and golfing. In addition to his wife, he is survived by two daughters, Lisa Hardman Forsythe (Rickey) Orrtanna, PA and Ruby Hardman Sullivan (Donald) of Gettysburg and two granddaughters, Rachael and Gayle Sullivan of Gettysburg. Joe was predeceased by a sister, Delores Rinehart and two brothers, Richard and John Hardman. Funeral Services will be private. Online tributes and condolences can be made at monahanfuneralhome.com.