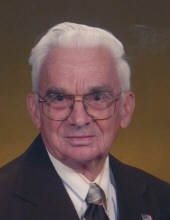 : Lester D. Carey, age 101, of Gettysburg, PA passed away at Genesis Gettysburg Center on Friday, July 9, 2021 after a long illness. Born January 25, 1920 in Biglerville, PA, he was the son of the late Otho & Eva (Mickley) Carey. Lester is survived by his wife of 72 years, Dorothy (Miller) Carey. He graduated from the Arendtsville Vocational High School in 1938. Lester proudly served for four years with the United States Army Air Corp, mainly working on airplanes, specializing on propellers. While stationed at the Washington National Airport Army Air Base, he was promoted to the grade of Sergeant in the Air Transport Commands 503AA Base Unit in Washington, DC. Following his military service, Lester worked for 38 years with the former C. H. Musselman Co. Pet Milk Division which is currently Knouse Foods, retiring in 1985. He was a life member of the Trinity Evangelical Lutheran Church in Arendtsville. In addition to his wife, he is survived by a son, Wayne Carey of West Virginia, three grandchildren, Michael D. Carey (Denise), Melissa A. Carey and Angela E. Carey, two great grandchildren, Tyler A. & Dylan D. Carey, daughter-in-law, Judy Carey of Biglerville, brother, William R. Carey of Gettysburg and five nieces and nephews. Lester was predeceased by a son, Daniel Carey, a sister, Evelyn Funt and a brother, Robert Carey. Funeral Services will be private. Interment with full military honors provided by the Adams County Allied Veterans will take place in the Greenmount Cemetery in Arendtsville. The Monahan Funeral Home in Gettysburg is assisting the family with the funeral arrangements, online tributes and condolences can be made at monahanfuneralhome.com.