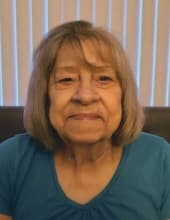 Born December 8, 1945 in Punxsutawney, PA she was the daughter of the late Blair and Minerva (Cessna) Meckley. She was the wife of Ronald E. Gotwald, of Gettysburg to whom she was married to for 45 years.

Mrs. Gotwald worked for a number of years as a CNA at the former Green Acres Nursing Home, in Gettysburg. She was a past officer and very involved as an Auxiliary member of the Gettysburg Eagles. She loved spending time with her family, especially her grandchildren and great grandchildren.