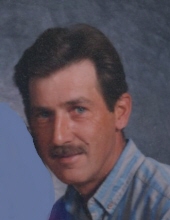 Ralph L. Keilholtz, Jr. 70 of Fairfield, PA died suddenly on Sunday, February 14, 2021 at his home. Born in Gettysburg, PA on December 16, 1950, he was the son of the late Ralph L. & Frances Marie (Baker) Keilholtz. Ralph is survived by his wife of 37 years, Charlene (Dunnavan) Keilholtz. He was a veteran of the Vietnam War serving with the U.S. Navy. Ralph was a former re-enactor with the 3rd Pennsylvania Cavalry Unit A and had the pleasure of being in the film Gettysburg as part of the Calvary unit. He enjoyed hunting, golfing and joking around with his family and friends. Ralph was also known for his loyalty to his family. He was meticulous about any job he undertook. In addition to his wife, he is survived by his four children, Tina L. Olko and Ralph L. Rocky Keilholtz, III both of Daytona Beach, FL, Carreanne M. Eyler and James G. Jimmy Keilholtz both of Fairfield, PA, seven grandchildren, Kory, Skylar, Victoria, Sarah, Cotey, Colton and Maddison, three sisters, Rebecca Thompson and Angela Keilholtz both of Frederick, MD and Mary Ann Gill of Waynesboro, PA, three brothers, Thomas Keilholtz of Fairfield, PA, Jeffery Keilholtz of Hagerstown, MD and Stephen Keilholtz of York Springs, PA and a number of nieces and nephews. A Memorial Service will be held at 2:00 PM on Monday, February 22, 2021 at the Monahan Funeral Home in Fairfield, PA with Rev. Jeff Walter, officiating. The family will receive friends from 1:00-2:00 PM on Monday at the funeral home. Interment with full military honors provided by the Adams County Allied Veterans will take place in the Fairfield Union Cemetery following the Memorial Service. Online tributes and condolences can be made at monahanfuneralhome.com.