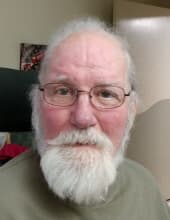 Raymond Thomas Orndorff, 74, of Bonneauville, PA passed away on Saturday, September 4, 2021 at Genesis Healthcare in Gettysburg after a lengthy illness. He was the son of the late Louise (Myers) and Vincent Orndorff.

Raymond enjoyed aviation, woodworking, golfing, bowling, ceramics and being with family. He was a graduate of New Oxford High School  graduating in 1965. Immediately after high school he volunteered for four years of service with the U.S. Air Force. He spent much of his duty patriotically supporting the Viet Nam War from Andersen Air Force Base in Guam. Other duty stations included Westover Air Force Base in Massachusetts. His Military Occupation Specialty was Pneudrolics. He was honorably discharged in 1969 with a Good Conduct Metal.

After his military discharge, Ray lifes passion was aviation. At any time, he could be found studying or giving a seminar or personal education on a century of military aviation history. He was a member of The Gettysburg Barnstormers, EAA Chapter 1041.

He was predeceased in death by his wife (Connie), his parents, and his nephew Cory Orndorff

There will be no viewing or service for Raymond. He generously donated his body to science in hopes they would help find a cure for Parkinsons and Muscular Dystrophy. Ray was a born again Christian.

The family would like to thank Genesis Health Care  Gettysburg Center, and SpiriTrust Hospice Care immensely, for their wonderful care of Raymond.

Online condolences may be placed at monahanfuneralhome.com


We'd value your comment on this post. Please leave one below or send us a note. Comments without a first and last name will not be approved.