Roger L. Jewell, 83, of Gettysburg passed away peacefully at home on Thursday, February 24, 2022. He was the beloved husband of Mary E. (Jacoby) Jewell, with whom he shared 20 years of marriage.

Born September 25, 1938 in Pine City, MN, he was a son of the late Charles Merton and Edna Ruth Mildred (Anderson) Jewell. 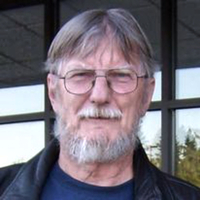 Roger worked as a forest ranger for the U.S. Forest Service for the majority of his working life. He loved the outdoors and working with his hands. After retirement he became an author, writing books about ancient history, his family history and the climate.

In addition to his parents, Roger was preceded in death by his brother, Eugene B. Jewell, brother-in-law, Donald Oakes, as well as an infant brother, Gerald.

A graveside service will be held at 2pm on Saturday, June 11th at Brook Park Cemetery in Minnesota, followed by a luncheon at Brook Park Town Hall.

In lieu of flowers please send a donation to the Pine County Historical Society (Minnesota), www.pinecountyhistoricalsociety.org.