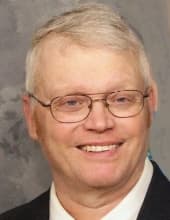 He was born January 20, 1951 in Allentown, PA the son of the late Henry C. and Jean R. German Weiant. Thomas is survived by his wife, Roberta Poandl Weiant.

Thomas was a very active member of Trinity United Church of Christ in Gettysburg, PA. He was a graduate of Parkland High School in Allentown, PA. Following high school he entered the US Army and served for 2 years during the Vietnam Conflict. After his discharge he entered Lehigh Community College and studied there until he took a job as a security guard and later a Police Office for the City of Allentown. He then reentered the Army and served as an MP at West Point Military Academy.

He then moved to Gettysburg to follow his passion for history, both Civil War and World War II. For a time he was employed at Snyder Snack Food Company in Hanover, PA. At the time of his death he was doing research on the Battle of Antietam and the 19 Medal of Honor winners from the battle. He was a Philadelphia Phillies fan. He was also the keeper of the keys for Trinity UCC.

In addition to his wife, Tom is survived by two sons; Timothy P. Weiant and his wife Stacey of Hedgesville, W VA, Andrew T. H. Weiant and his wife Nicole of Gettysburg, PA, 12 grandchildren, 4 great grandchildren, a sister, Christine Heilman and her husband Dennis of Center Valley, PA, and a number of nieces and nephews. He was predeceased by a daughter, Victoria L. Timms and a granddaughter, Scarlett Weiant.

A Memorial Service will be held Saturday, November 13, 2021 at 2:00 PM at Trinity United Church of Christ, Gettysburg, PA with Rev. Fred Young officiating. Interment will be in the church Memorial Garden. The family will receive friends at the church on Saturday from 1:00 PM until the time of the service. In lieu of flowers memorials can be made to Trinity UCC, 60 East High Street, Gettysburg, PA 17325. Online obituary and condolences available at monahanfuneralhome.com.