Dr. Kenneth R. Armacost, 63, of Littlestown, died Thursday, Oct 28, at Wellspan Gettysburg Hospital. He was the husband of Laura A. (Bentzel) Armacost of Littlestown.

Born August 8, 1958 in Gettysburg, Ken was the son of Virginia “Ginger” (Koontz) Armacost of Littlestown and the late Thomas A. Armacost. He was a 1976 Littlestown High School graduate, obtained his Bachelor’s Degree from IUP and his doctorate from Immaculata University. 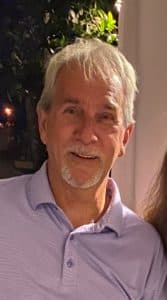 Armacost was a principal at New Oxford Intermediate School for 16 years until he retired in June.

During the meeting where the school board accepted his resignation, Dr. Christopher Rudisill, superintendent of the Conewago Valley School District, spoke highly of his work.

“It’s hard to believe that he’s been principal for 16 years,” Rudisill said. “He leaves a tremendous legacy as a building principal, educator, mentor and most importantly, a person. Most people might not know that he didn’t start his career off in education. He was a deputy sheriff in Fairfax, VA. From there, he transitioned to crisis intervention specialist in Hanover. Finally, he wised up in 1988 and said, ‘I’m going to public schools and I’m going to get a job.’ He became a guidance counselor in Biglerville High School. From there, he left Biglerville and went to Central York as a guidance counselor for several years and finally made the best decision of his life in 1994 and came to Conewago Valley.”

“He was a guidance counselor at New Oxford Middle School until 2004 and then he transitioned to assistant principal,” Rudisill said. “And then, during the 2005-06 school year, took the reins and never looked back as principal at CVIS.”

Rudisill said that Armacost has been recognized several times by accomplishments, including honors from outside organizations, adding that his dedication was clear even without the awards.

“There is nothing that he would not do for those kids, and it shows,” Rudisill said.

“The best decision I ever made was coming here,” Armacost said.

Surviving in addition to his wife and mother are his children, Kira A. Armacost and her partner Brian of Doylestown and Kameron A. Armacost and his fiance’ Becky of New Oxford; his four grandchildren, Thomas and Bryn Campbell and Matthew and Kaylee Armacost; his brother, Doug A. Armacost and Tami of McSherrystown. Ken was a Varsity Head Volleyball Coach for Conewago Valley Senior High School.

He enjoyed playing golf and spending time with his family.