The vision for Back Alley Axe arose for owner Josh Keeney in an unlikely place: during a church Father’s Day event. “One of the activities was throwing axes. I had a lot of fun, I started visiting different axe throwing places, and I realized that Gettysburg had nothing like this,” said Keeney.

Although he lived in York when he conceptualized the business in 2019, Keeney opened Back Alley Axe in Gettysburg. “I thought Gettysburg would be a great place to start because of tourists visiting in the summer, said Keeney.” Within a year of opening the unique entertainment venue in Gettysburg, Keeney and his team opened two additional locations, in Hanover and York.

Since then, Keeney has continued to explore ideas for expansion. “We now have mobile axe throwing, which is a big wagon hooked to a truck and we’re going to start bringing it to festivals and weddings,” shared Keeney, “and we’re planning to open two more locations– one in Chambersburg and hopefully one in Maryland.”

Keeney noted that one of the reasons he loves the business is that anyone 12 years or older can participate. “We recently had an 83-year-old grandmother come in — she had over 15 bulls-eyes,” said Keeney.

For $20 per thrower, customers can enjoy an hour of excitement, with most hitting a target within 15 minutes and hitting a bulls-eye within the hour. Private lanes and late-night “glow throw” experiences are also available for additional fees. “I haven’t seen anyone come in yet that hasn’t hit at least one bulls-eye, said Keeney, “Our coaches will stick with you and help you until you feel comfortable.”

“Back Alley Axe is one of the many exciting activities to do in Gettysburg. The staff does a great job creating different games to make your experience fun and competitive,” said Back Alley Axe customer Charlie Wingert.

Like many businesses in the Adams County area, Back Alley Axe suffered during the pandemic. “Before the pandemic started, we were sold out from 2:00-9:00 p.m. every Saturday, and then we were shut down for three months,” said Keeney, “We were a new business, so we just tried to get through it and abide by the laws.

However, Keeney expressed his gratitude for the assistance he received from Adams County residents. He said, “As soon as we were allowed to be open again, the community came out and supported us.”

Keeney has three simple tips with anyone who wishes to learn the art of axe throwing. The first is “Don’t throw too hard! Sometimes it takes people twenty minutes to hit a target because they’re throwing too hard,” said Keeney. He also reminds visitors, “Don’t take it too seriously and don’t be afraid to ask for help.” Finally, he said that people should “bring a cocktail, a group of friends and have fun!”

“You can go in and you know that no matter what, your day is going to be fun. It’s not really a place people go to with bad attitudes. It’s such a fun atmosphere,” Keeney said. 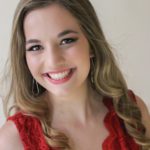 Alli is a summer intern with the Connection and a sophomore at Gettysburg College, majoring in Sociology and Public Policy with a minor in Peace & Justice Studies. She is the News Editor for the college newspaper, The Gettysburgian, and enjoys exploring various areas of writing and journalism.