The Gettysburg Area Girls Basketball season ended this evening as the Spring Grove Rockets captured their first Pennsylvania Girls 5A District title, drubbing the Warriors with a resounding 58-43 win.

The game was a dogfight for three quarters, with the Rockets clinging to a 38-34 lead after a buzzer beater layup from the Warriors heading into the final quarter. However, the Warriors were unable to contain the Rockets offense and gave up 20 points in the final period.

The Rockets were led by freshman Lalia Cambell, who poured in 22 points in the victory. Gettysburg was headed by Anne Bair and Camry Felix, who had 13 and 12 points respectively, and ends the season with a 18-3 record and their third straight trip to the District title game.

Spring Grove will now advance to the PIAA state quarterfinals next Saturday, March 20. 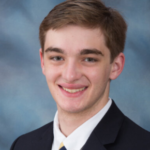