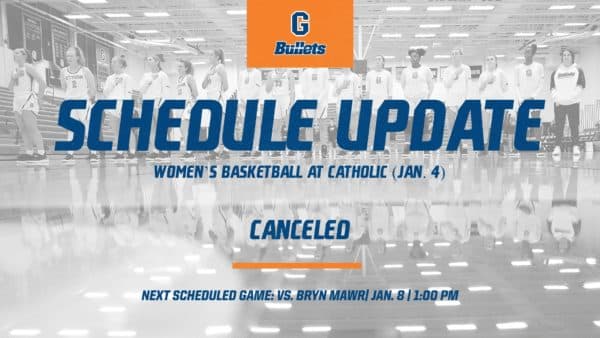 Gettysburg (7-2) was originally scheduled to face Catholic (9-1) in a non-conference contest as part of the Stevens Tournament on Dec. 29, but following the cancellation of that event the two teams scheduled a mid-week meeting to kick off 2022. Tuesday’s meeting was also canceled as the Bullets and Cardinals begin preparing for returns to conference play this weekend.

This story was originally posted on the Gettysburg College Website.