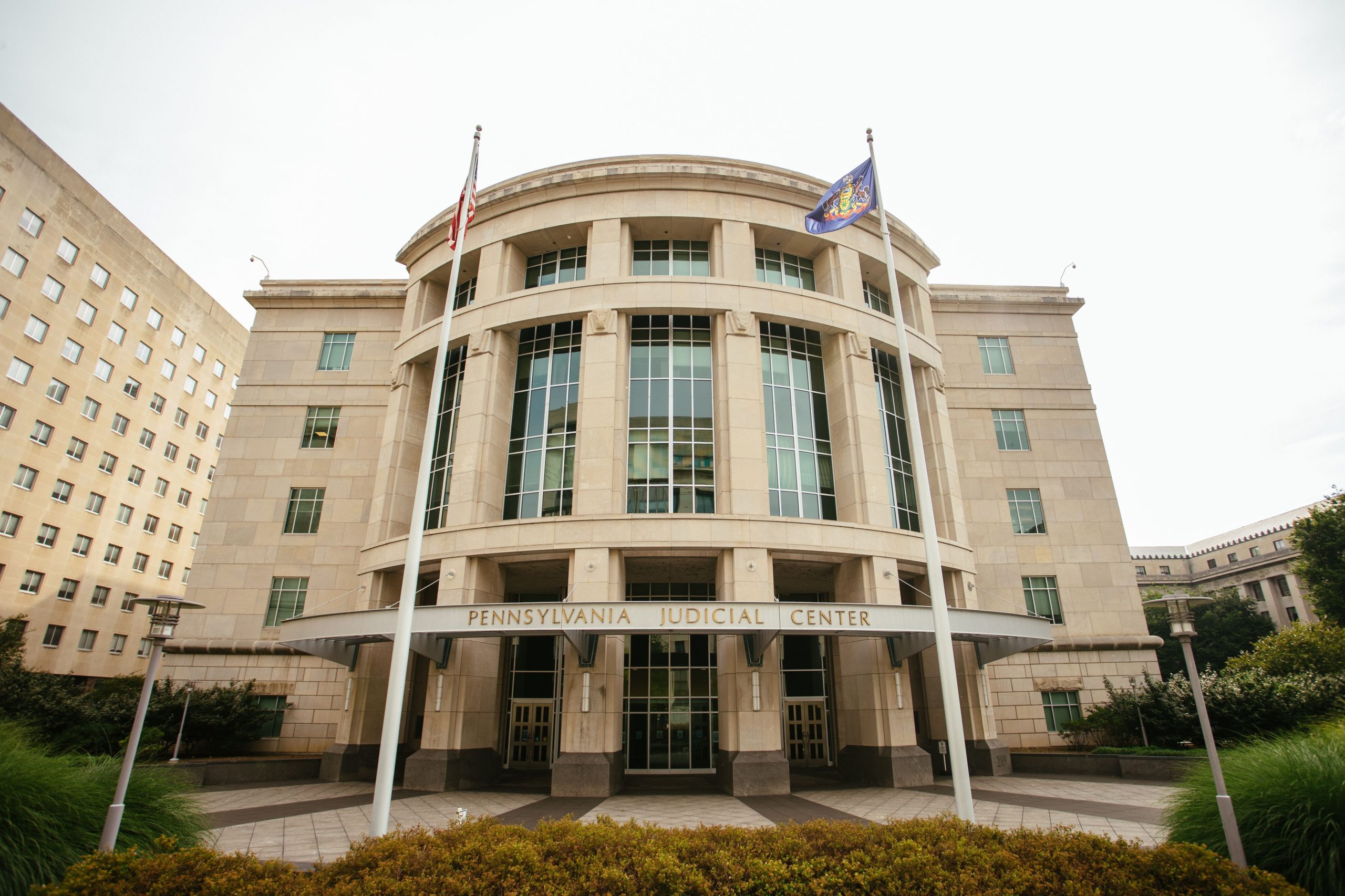 HARRISBURG — On Nov. 2, voters statewide will have the opportunity to choose a new justice for the Pennsylvania Supreme Court, as well as judges for two other powerful appellate courts.

And the stakes are significant.

The decisions handed down by the Commonwealth, Superior, and Supreme Courts impact everyday Pennsylvanians “probably more so than a legislator,” said Deborah Gross, president of advocacy organization Pennsylvanians for Modern Courts.

“The judges in these positions really rule on every aspect of a person’s or business’ life.”

In the past few years, these higher courts have been asked to settle major disputes between Democratic Gov. Tom Wolf’s administration and the Republican-controlled legislature, including the state’s handling of the pandemic, how it runs elections, and more.

If a Republican wins the governorship in 2022 and the GOP maintains control of the legislature, these courts will likely take on an even more prominent role.

Even so, turnout in judicial elections is typically very low.

Here’s a full guide on what you need to know about Pennsylvania’s 2021 Supreme Court election and other appellate races before you go to the polls.

And don’t miss Spotlight PA’s live event on Oct. 21 for even more information on why these races matter.

The Pennsylvania Supreme Court is the state’s highest appellate court. Of the court’s seven justices, five are Democrats and two are Republicans. Voters will pick a new justice for the seat being vacated by Republican Thomas Saylor, who will retire in December.

The court chooses which appeals it wants to hear, and thus makes decisions in only a few hundred cases per year — often ones with significant statewide implications.

These rulings have made the court a target among some Republicans, who want appellate judges to run in district elections, rather than statewide ones. Efforts to send a question about making that change to voters are on hold for now, but advocates expect the issue to resurface.

Maria McLaughlin, Democrat: McLaughlin is from Philadelphia and has been serving on Pennsylvania Superior Court since 2018. Before that, she served as a judge in Philadelphia’s family court and as an assistant district attorney.

Kevin Brobson, Republican: Brobson has been a Commonwealth Court judge since 2010. Previously, he worked for the Harrisburg law firm Buchanan Ingersoll & Rooney. There he handled commercial and insurance litigation in both state and federal courts.

Brobson sat on the Supreme Court for one case, involving a defamation suit against a Philadelphia Inquirer columnist, because other justices had recused themselves.

Pennsylvania’s Superior Court is less of a political lightning rod than the Supreme Court, but that doesn’t mean it deserves less attention.

Superior Court rules on criminal and civil appeals from the lower Courts of Common Pleas, and it does not have discretion in the cases it chooses — making it the busiest of the three appellate courts.

Often, the cases it handles do not involve public figures, but there are exceptions. It denied convicted child molester and former Penn State football coach Jerry Sandusky’s appeal for a new trial, and upheld Bill Cosby’s sexual assault conviction before it was overturned by the Supreme Court.

Judges serve initial 10-year terms, then face a retention vote, which usually succeeds. There is one seat open on Superior Court because Republican Judge Susan Gantman is retiring.

Timika Lane, Democrat: Lane has served on the Philadelphia County Court of Common Pleas since 2014. Prior to her term, she served as chief counsel to state Sen. Anthony Williams (D., Philadelphia) and as the Democratic executive director of the Senate State Government Committee. Prior to that, Lane served as a trial attorney with the Defender Association of Philadelphia, a pro-bono defense firm.

Megan Sullivan, Republican: Sullivan has served as a deputy attorney general since 2017. Prior to joining the attorney general’s office, Sullivan worked as an attorney for Chester County, West Chester University, and two private firms.

In her 20 years as an attorney, Sullivan has handled both criminal and civil matters. With the attorney general’s office, she investigates and prosecutes insurance fraud.

Commonwealth Court is, like Superior Court, an intermediate appellate court, but it exclusively handles legal matters involving government entities. In recent weeks, it has been the venue for lawsuits filed by State Senate Democrats and Attorney General Josh Shapiro to stop a Republican-led investigation of the state’s last two elections. Several Republican legislators have also filed a suit in the court opposing Act 77, a state law expanding mail voting.

Judges serve initial 10-year terms, then face a retention vote, which usually succeeds. There are two seats open on Commonwealth Court, and the top vote-getters of the four candidates will secure spots on the bench.

Lori Dumas, Democrat: Dumas has served as a Philadelphia County Court of Common Pleas judge since 2002. Prior to her time as a judge, she served as general counsel to Wordsworth Academy, a residential school for young people with behavioral needs. (A student died there in 2016, several years after Dumas left.)

As a Common Pleas judge, she has heard family, criminal, and civil cases.

She is recommended by the Pennsylvania Bar Association. Read her answers to the PBA questionnaire here.

He is highly recommended by the Pennsylvania Bar Association. Read his answers to the PBA questionnaire here.

Drew Crompton, Republican: Crompton currently serves on Commonwealth Court as an appointee. He must be elected to keep his seat.

Before being appointed to the court by Gov. Tom Wolf, Crompton served as chief of staff and counsel to former state Senate President Pro Tempore Joe Scarnati (R., Jefferson). He was also general counsel to the Senate Republican Caucus.

As a Commonwealth Court judge, Crompton has heard workers’ compensation and unemployment cases as well as zoning, election, and other governmental disputes.

He is recommended by the Pennsylvania Bar Association. Read his answers to the PBA questionnaire here.

Stacy Sorokes Wallace, Republican: Wallace currently practices at her own firm, Stacy Wallace Law, in Bradford. Recently, she has handled estate planning and trust administration. She is the president of the McKean County Bar Association.

She is not recommended by the Pennsylvania Bar Association. The PBA found that while the community holds Wallace in high regard, she “lacks the depth and breadth of experience and preparation necessary” to be a judge on the Commonwealth Court. Read her answers to the PBA questionnaire here.