Community policing is a set of carefully thought out strategies that can foster positive relationships among various segments of the community and the police force. At the same time it can reduce crime by preventing it in the first place. According to discoverpolicing.org, community policing involves three key components:

Can Community Policing Work in Gettysburg? Gettysburg Police Chief Glenny thinks so. As he noted in a May 2019 Gettysburg Times article, “The department is taking a ‘community-oriented’ approach in which different entities are expected to work together to solve problems. As an example, the opioid
epidemic ‘takes a whole group’ to solve. Arrest is not the solution.”

Glenny also said he believes in a “T-squared policy,” which means “trust and transparency,” and that one of the department’s goals is to talk to a lot of groups. “The police are the public; the public are the police,” he noted, and all citizens should be involved in helping the police department.

A coalition of community organizations, facilitated by the Gettysburg Rising Police Accountability Task
Force, hopes to work with Chief Glenny and his department to establish a positive constructive dialogue and improve communication between the Gettysburg Police Department and the residents of the Gettysburg community, based on the principles of community policing and the belief that working
together will make our community a better place to live for all of its residents.

How Does Community Policing Work? At its heart, community policing is a collaboration between the police and the community that identifies and solves community problems, making residents active allies in enhancing safety and quality. It requires the participation of not just local government, law enforcement, and residents, but also community organizations, public and private agencies, and religious, civic, and community leaders as well as educators and healthcare professionals.

While some may disagree, the recent calls by the Movement for Black Lives and other progressive groups to “defund” the police build on community policing. It does not mean doing away with the police altogether, but rather reallocating some police funding to other community agencies or groups so they
can also tackle issues related to community safety, using positive interventions that stop crime before it
happens. So, for example, rather than waging a war on drugs, a community-led initiative would invite
healthcare and mental health professionals to work together with law enforcement to ensure access to
high-quality drug treatment. At school, rather than expecting law enforcement to provide discipline, a
community-led initiative might hire more school counselors and create restorative justice programs.

The restorative justice approach replaces punishment with repairing harm, as defined in a July 2018 Hechinger Report article. In its 2015 report, President Obama’s Task Force on 21st Century Policing described six components it believed were essential to effective policing that also build public trust, noting in its introduction that a necessary corollary to their recommendations is the need for “community-based initiatives addressing core issues such as poverty, education, and health and safety.” The components listed in the task force report are:
• Building trust and legitimacy

As Chief Glenny noted, effective community policing requires trust and the task force report emphasizes that as well. “Decades of research and practice support the premise that people are more likely to obey the law when they believe that those who are enforcing it have authority that is perceived if it is seen as an occupying force coming in from outside to impose control on the community.” Rather, law enforcement should see itself as a “guardian” instead of a “warrior” by adopting procedural justice as a guiding principle and establishing a culture of transparency and accountability to build public trust and legitimacy.

Procedurally just behavior is based on four principles, as described in the task force report:

Research has shown that following these principles leads to community trust in law enforcement and
therefore a willingness to follow the law and cooperate with law enforcement.

Reflecting Gettysburg’s Values. A key component of community policing is the idea that the police force
should reflect the values of the community it serves and work with all members of the community, with
a particular focus on those who have had negative interactions with or view the police negatively. There
are a number of ways to go about that. Two are noteworthy for our community.

The first is that there must be ways for community members and members of the police department to
get to know each other, not in their official capacities, but as friends and neighbors. Block parties,
nonprofit events, and other types of gatherings make great places for young people and adults to get to
know their police officers, and vice versa. The police department could also set up formal and informal
community meetings, from a large community hall type event to smaller “coffee with a cop” discussions, which it has done previously.

Second is to build a police force that reflects the diversity in the Gettysburg community, including race,
gender, and cultural background.

Transparency is also critical. One way for police to build community trust is by making policies on use of
force, de-escalation, handling of mass demonstrations, racial profiling, performance measures and
others available to the public on request. Additionally, providing information about stops, summonses,
arrests, reported crime and other law enforcement data on the department’s website can go a long way
in giving community members a better understanding of the department and how it operates.
The Gettysburg Police Department took an important step forward in the fall when it requested funding
for body cameras. As Chief Glenny noted in a town hall meeting in June 2020 and reported in the Gettysburg Times , transparency is important and he wants “people to know what we do,” including through the use of body cameras.

Thanks to a contribution from an anonymous donor, the borough council was able to give Chief Glenny approval to purchase body cameras. 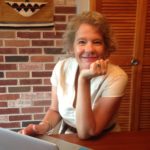 Sherri Alms is the chair of the Gettysburg Rising Police Accountability Task Force and the facilitator for the recently formed Community Policing Coalition. She is a freelance writer and editor with more than 20 years experience.

Tell your friends
WE RECOMMEND

Community Policing Can Make Gettysburg a Better Place to Live