The shop, in what was once a garage on W. Zerfing Alley, has a modern, open, and well-lit ambiance, a copper bar, and access to a substantial outdoor seating. 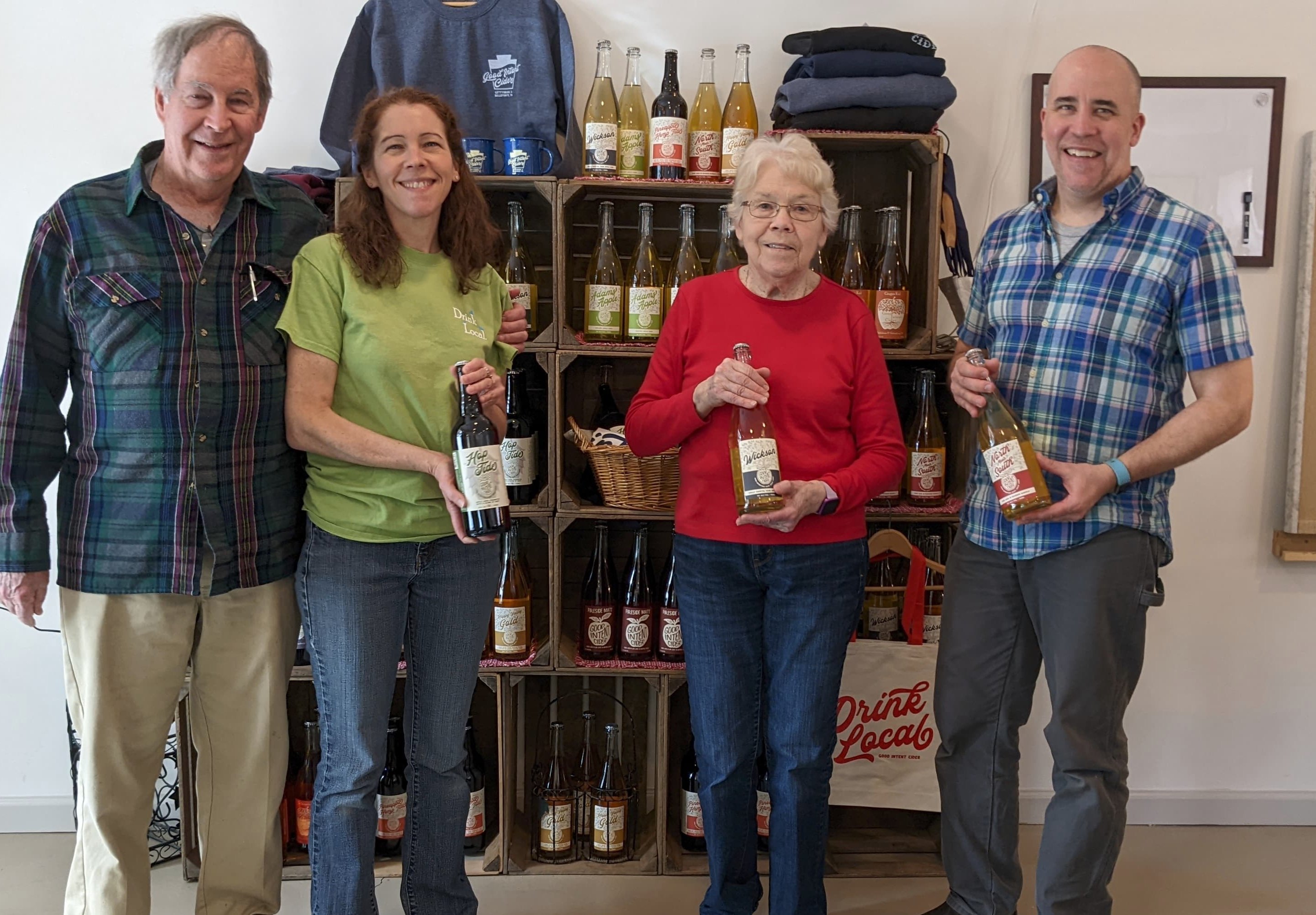 Food to accompany the finely-crafted ciders is available from the Ragged Edge.

Gettysburg native and owner Adam Redding said the shop was named after the road he grew up on, Good Intent Rd. north of Gettysburg.

The cidery is a family operation with Adams’s sister Kimberly and parents Mary and Riley Redding pitching in.

Redding has been making cider since 2014 and selling his product at his store in Bellefonte, PA, near State College.

Good Intent currently offers 9 varieties of cider, ranging from the semi-sweet Pineapple Hemp made with pineapples and hemp to the tart Wickson, made entirely with heirloom variety Wickson apples.

The ciders are for sale in bottles or on tap, and Redding said he expected to start selling the product locally in other bars and shops

Good Intent’s cidermaker Matt Simon creates a variety of products varying in sweetness. “Cider shouldn’t be syrupy sweet,” said Redding.  “And it won’t be as cheap as beer, because it is more expensive to make,” he said.

Redding said he hadn’t really been expecting to open in Gettysburg until his friend Jake Schindel showed him the shop and he decided to take the plunge.

Apples used in the ciders come from Beechwood Orchards and Shannon Farms in Biglerville as well as Kime’s Orchards in Aspers.