“Mary Furlong,” was his answer. 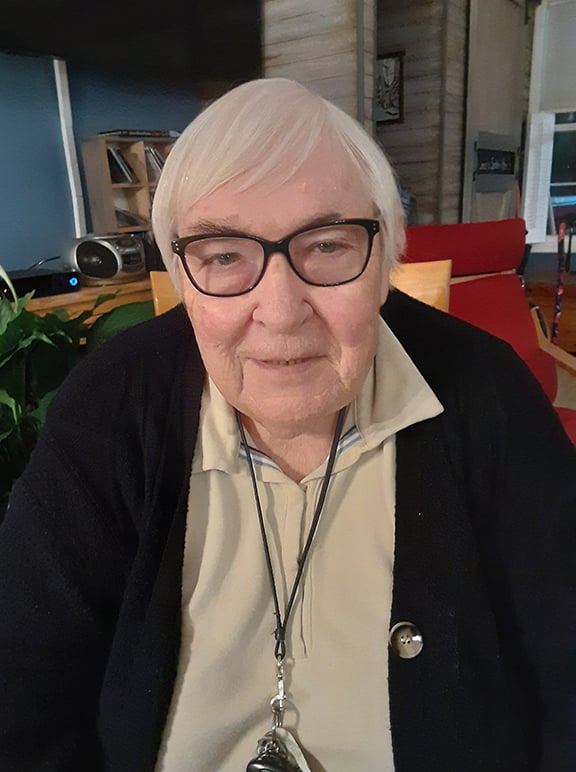 Diocese of Harrisburg Speech and Debate judges asked each other during an April competition how they got involved with the program.

Furlong was a great connector, educator, bibliophile, friend, and activist. Her recent death shocked her community, which stretched from McSherrystown to Malawi.

“Mary’s knowledge was encyclopedic, her wisdom was boundless, her humanity had no limit and her thirst for understanding and empathy was never quenched,” Nathan Hockley, former student and Delone Catholic High School Class of 1991 alum, said.

Hockley is one of the dozens of students Furlong kept in touch with long after they left the halls of the McSherrystown Catholic school where the Iowa native taught from 1965 to 2000.

Furlong was an Adams County icon, easily recognizable at events related to social justice with her short hair, glasses, and bright smile. If there was ever an idle moment, Mary had at least one book with her to bide the time.

Furlong taught English and political science and coached Delone’s speech and debate team. She pushed her students to think globally and make a difference wherever possible.

“Mary made sure that before you made an argument, you understood the other position,” Hockley, who attended national speech and debate competitions under Furlong’s tutelage, said. “Because of that, students gained this ability to understand empathy and to see the world and other people differently. The view was no longer myopic, the view became global.”

David Colgan, who attended Delone in the mid-1990s, said Furlong brought topics to the classroom other teachers in southcentral Pennsylvania often ignored, such as Kurdistan, Tibet, the women’s movement, and the Native American experience.

“She really broadened the horizons of everyone in the class. She didn’t teach from traditional textbooks,” Colgan said.

Some of Furlong’s students, such as 1974 graduate Dana Sauers, returned as colleagues.

“She built confidence into me as a student and new teacher. She challenged me to research, travel, attend and present at local, state, and national conferences, which was unusual for faculty of Delone at that time,” Sauers said.

Erin Elliot, Delone Catholic Class of 2002, remembers being excited when she was assigned to Furlong’s World Studies class her freshman year. Many of Elliot’s family members attended Delone and learning from the revered educator was a family tradition. Young Elliot enjoyed the class but didn’t work as hard as others. Even so, she attempted to take a higher-level class the next year.

“She looked at me dead on and said ‘You didn’t have the grades,’” Elliot said. “She made you earn your stripes.”

Elliot understood and strove to be better.

“I went to an all-women’s college for women’s studies because of Mary,” Elliot said.

The two remained friends for the next 20 years.

While her main mission was teaching others, Furlong never stopped learning and growing herself. While employed at Delone, she received two Fulbright awards to study Islam in Malaysia and Ghana, sparking a lasting interest in interreligious dialogue.

Furlong was a proud liberal Catholic who always desired to learn more about those who had different views.

She belonged to Annunication of the Blessed Virgin Mary in McSherrystown but often attended Masses in Baltimore and Washington D.C. because she believed they incorporated more joy in their worship.

When she retired from teaching in 2000, Furlong’s contributions to the local community and the greater global community were just getting started. In 2001, she traveled to Zambia to train teachers in Zambian Open Community Schools.

At the time, public education in Africa was floundering. In 1992, the International Monetary Fund and the World Bank had advised most African nations to reduce public funding for education and health care, and teachers were not being paid.

Furlong stayed in Zambia for two and a half years to train teachers. She also raised money from family and friends to pay for the education of 62 girls. The education funding cuts were ultimately reversed in 2002 in the wake of the United Nation’s Millennium Development Goals.

Upon her return to the United States, she worked with African and Caribbean students at Neumann University near Philadelphia.

Within two weeks, she was recruited by a group of Jesuit priests for her next mission: serving as the program coordinator for an HIV/AIDS program in Kabwe, the capital of Zambia’s Central Province. The program, funded by the Catholic Medical Mission Board, provided food and education for teens and farmworkers in the rural area.

In a 2015 interview, Furlong called her three-and-a-half-year term with the program “the most challenging thing I’ve ever done in my life.”

“In the town I was in, I was assisting the only program funded by both Global Fund and PEPFAR (President’s Emergency Plan for AIDS Relief),” she said. “We were the basic counseling and testing for the rural province for two years.”

Furlong had experience with HIV education and tracking in the 1980s in Adams County, working with Haitian farmworkers, but the obstacles she faced in Zambia were unique. Major funding for HIV/AIDS education, prevention and treatment did not reach African countries until the early 2000s with the establishment of the Global Fund.

Doctors experienced in diagnosing and treating HIV were limited, and Furlong found herself working to counter widely held myths about the disease, such as the concept of “sugar daddies;” some men who suspected they had HIV believed that if they had sex with a virgin, they would be cured.

Also, since Kabwe sits near the Great North Road, which connects major African cities, Furlong and her colleagues also reached out to sex workers and truckers to stem the spread of HIV.

Back home, Furlong continued to push herself and assist others. She became involved with Explore Your Future, an interactive workshop series that helped people envision the next phase of life.

“I was inspired by her rare combination of superior intellect, curiosity, activism, personal warmth, humor, and caring for and acceptance of others,” trainer Kathy Silks said.

She also worked as an Adams County Courthouse tipstaff employee and volunteered at the Eisenhower National Historic Site.

One of her greatest joys was keeping in touch with former students, and continuing to challenge them.

It isn’t known how many notes Furlong wrote to former students and other contacts around International Women’s Day, March 8, but comments on Facebook from recipients referring to them make it safe to guess she annually penned at least dozens of personal messages.

“Every year was different and she directed it to something she thought would be personal to the receiver,” Hockley said.

Furlong is the adoptive mother of two biracial children. She adopted her oldest daughter, Rachael, at age 7 from an orphanage in Oklahoma, though she faced some pushback from the local Catholic social services organization.

“(They) would not take my application as they didn’t believe in single-parent homes,” she said in 2015. “(I) adopted her through Lutheran Social Services in York, but ironically they worked with the Diocese of Oklahoma Catholic Social Services,” she said.

Furlong’s second daughter, Judy, was raised in a foster home in the Bronx and then Rye, N.Y., before being adopted.

Funeral services had not been announced as of Wednesday morning, but Furlong fans expect a large turnout to honor their beloved educator.

“Adams County needed her, she brought a sense of normality to things that were extraordinarily complex,” Elliot said.

Parts of this story originally appeared in a 2015 Gettysburg Companion article by Ashley Andyshak Hayes. 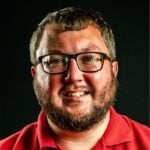 ​Alex Hayes, Consulting Editor, has spent almost two decades in the Adams County news business. He is heavily involved in the community through his work at the YWCA Gettysburg & Adams County and volunteer roles at the Rotary Club of Gettysburg, Saint Francis Xavier Catholic Church, the United Way of Adams County, and Healthy Adams County. Alex is also a freelance writer for several other publications in South Central Pennsylvania.