Michael S. Mike Bacon, 63 of Gettysburg, PA passed away at his home on Thursday, May 12, 2022 with his family by his side. Born in Gettysburg on December 19, 1958, he was the son of the late John E. & Barbara C. Bacon. Mike was a veteran of the United States Air Force and had worked for Schindler Elevator Co. and the D. L. Martin Co. in East Berlin, PA for the past 20 years before his illness. He was an avid Pittsburgh Steelers Fan, enjoyed cooking for family and friends and was very passionate about his music, collecting albums and cds and in his earlier years was a lead singer in a rock band. Mike was a former member of the Gettysburg Moose. He was known for his sense of humor, joking with his friends and kind acts. Mike is survived by his sister Frances E. Myers (Guy E.) of Fairfield, PA and his niece, Stacy Sechrist (David) and her children, Matthew, Zander and Chloe. In addition to his parents, Mike was predeceased by his brother, John C. Bacon. Dont be sad that Mike is gone, be happy that we were blessed to be with him on his earthly journey. Theres no doubt in our minds that Mike now has the music cranked up while cooking for the angels and wearing his Steelers shirt. Frances and the rest of her family would like to thank all of the first responders, medical staff during his hospital stays, Wellspan Cancer Center staff and BridgingLife Hospice staff for their caring and kindness on Mikes life journey. A Celebration of Life will be held at a later date, online tributes and condolences can be made at monahanfuneralhome.com. The family suggests memorial contributions to BridgingLife Hospice, 292 Stoner Avenue, Westminster, MD 21157 or Wellspan Cancer Center, 40 V-Twin Drive, Gettysburg, PA 17325. 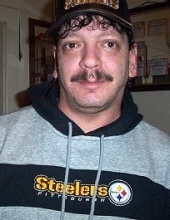