The United States is the only country where you need to call cider “hard,” said Ben Wenk, owner of Ploughman Cider, located at 1606 Bendersville-Wenksville Road in Aspers, and the Ploughman Cider Taproom on the Gettysburg Square. 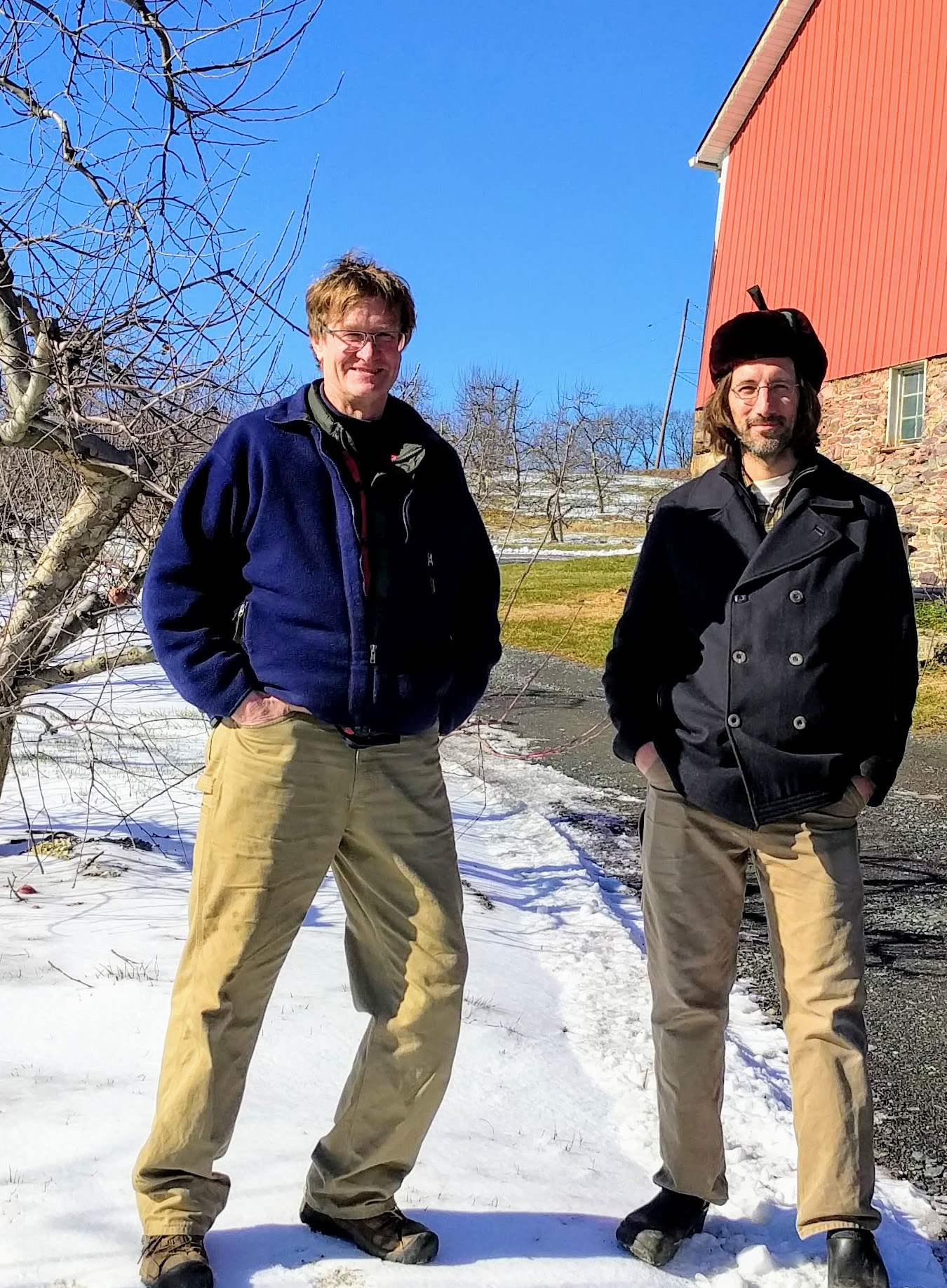 Wenk is a seventh generation farmer at Three Springs Fruit Farm in Aspers, who took up cidermaking and founded Ploughman in 2016. Ploughman cider is made primarily from apples grown on the 400-acre farm.

I came back from college and “didn’t really know what I wanted to do. But I wanted to start something new,” said Wenk. Wenk said he tried various ciders from different makers and decided to give cider-making a go.

“I started by hosting cider parties with my friends. Then I became obsessed,” said Wenk.

Ploughman cidermaker Hans Winzeler said the company was “doubling production” to fulfill the demand for cider.

“People are used to sweet ciders that appeal to the mass palette,” said Ploughman cidermaker Hugh Lewis. But the fermentation process leaves a product that is no longer sweet. “The fermentation is complete. All the sugars are gone,” said Winzeler.

Wenk said the success of Three Springs in selling fruit at farm markets in Philadelphia “gave me the confidence to start the cider operation.”

I really understood what it meant to make cider, said Wenk, when I learned that “cider is not a value-added product.”

Wenk said cidermakers do not use discards from the apple crop to make their product, but “grow the best cider apples possible.”

“I got excited about growing fruit for cider,” said Wenk. The appearance of the fruit doesn’t matter. It’s all about the sugar, the finish, and the aroma.”

“The apples you start with are super important,” said Lewis, noting the cider apples used in the Ploughman ciders include Dabinett, Frequin rouge, Rome, JonaGold , Goldrush, and Stayman Winesap.

The cider business is “a competitive and crowded marketplace,” said Wenk. “It’s made like wine and sold like beer.”

“We’re trying to figure out our place. The educational curve is steep,” said Wenk.

The cidermakers add yeasts when necessary and may use sulfites to protect the cider against oxidation. But “our best products are from natural fermentation,” said Winzeler.

Winzeler said the manufacturing process also includes the addition of carbon dioxide to give the product “bubble and fizz.”

Ploughman ciders are aged from 8 to 12 months in the bottles before being distributed, said Winzeler.

“The cider is unpasteurized,” said Wenk.

WInzeler said he learned a lot about making cider during a visit to Herfordshire, England, an area where many ciders are made.

“Cider pairs with almost any food,” said Winzeler. “Every year our cider is better.”

“Cidermakers are always trying new things. We dabble and find out what works,” said Lewis.

In addition to the taproom, Ploughman’s cider is sold in bars, retail outlets, and farmers markets around the state.

The taproom is known not only for its wide variety of ciders, but also for the quality of the musicians who play there on Friday and Saturday nights and on Sunday afternoons.

Wenk, who is also a well-recognized local musician, said a fundamental strategy for the taproom was to “hire the best musicians you can.”