The Pennsylvania General Assembly is preparing to divest the Commonwealth’s connections to the Russian economy in response to the country’s invasion of Ukraine. 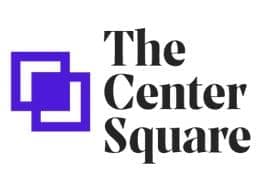 “I will work with my colleagues in the state government to stop supporting anything that helps Russia,” Sen. Sharif Street, D-Philadelphia, said at a protest outside Philadelphia City Hall on Friday. “I pledge to stand with Ukraine and I will work to make sure that the legislature of Pennsylvania does so as well.”

Pennsylvania has the largest population of Ukrainian Americans as a percentage of total population in the country, and is second only to New York in total number. In a press release, Street announced that he will introduce a bill that requires public funds “to divest investments in companies doing business with the Russian Federation.”

The legislation will affect the retirement systems for public-school employees, state employees, and municipal workers, as well as the state treasurer.

“We must wield our economic power to ensure that Russia faces grave consequences for their flagrant violations of international law and human cooperation,” Street said.

The Senate will not reconvene until March 28, but Street said the process to pass the bill would go quickly with broad consensus.

Democratic Gov. Tom Wolf has also directed state stores not to sell Russian products, such as vodka. The Keystone State has been joined by New Hampshire, Maine, Ohio, Virginia, West Virginia and Utah as of late Monday afternoon in pulling Russian spirits from state-run store shelves.

There hasn’t been talk of bringing Ukrainian refugees to Pennsylvania because most seem to go to neighboring countries like Poland, Slovakia, and Romania. “Certainly if it came to it I would welcome immigrants, refugees from Ukraine like I would many other countries,” Street said.

The divestment actions in Pennsylvania would follow other states such as Colorado, whose Public Employees’ Retirement Association withdrew more than $7.2 million from funds in Sberbank, a state-owned bank and the largest in Russia.