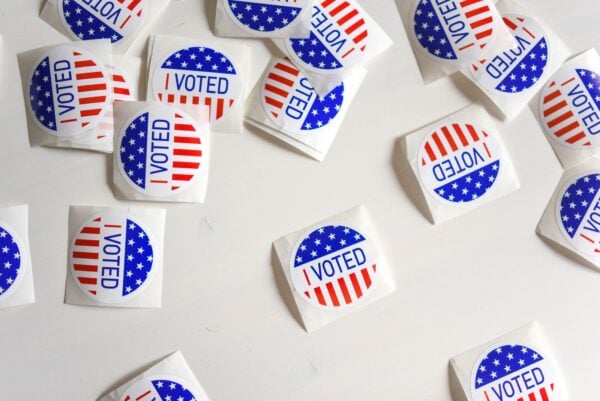 Republican voters have numerous choices for their US Senate, Pennsylvania Governor and Lt. Governor candidates in the fall.

Democratic voters have fewer candidates running for those offices, and it’s vital that all registered Democratic voters exercise their right and privilege to vote on Tuesday, May 17th.  We need the strongest candidates for the November General Election, those who can win these vital offices – vital not only to Pennsylvania but to the nation.

Earlier this year, when candidate petitions were due in order for their names to appear on the Primary ballot, neither of these candidates decided to run.

But recent events galvanized both of them to step up to challenge the incumbent Republican legislators in their districts.  What’s happened in Washington and Harrisburg in the past several weeks is alarming.  Democrats need to step up and vote for Mark Critz and Marty Qually!

Mark Critz is a former Congressman, following service as a staff member for Congressman John Murtha from the Johnstown area.   His district was lost as a result of re-districting in 2011.  He currently serves as Western Regional Director and Executive Director of the Rural Development Council.

Since the recent changes in Congressional districts, he is now a resident of our new District 13 and has decided to do a write-in campaign to oppose incumbent Congressman John Joyce.  Although we know the district is heavily Republican in registration, Mark will challenge the incumbent’s radical views and votes, giving Democrats a candidate in the November election who will hold the incumbent accountable.

Marty Qually has been prevailed upon to accept a write-in nomination for Pennsylvania House District 91, where the incumbent is Dan Moul.  We know Marty as our Democratic County Commissioner and a previous candidate for the 91st District seat.

Marty will shed light on the incumbent’s record of voting against woman and highlight how we need to redouble our efforts to protect a woman’s access to safe, legal, and accessible healthcare, address paid family leave, pre-and post-natal care, and pay equity.  For too long men in power have dictated how women are expected to live.  In America we believe in freedom and women deserve the same freedom as men over their own bodies.

The residents of the district will see where the incumbent and Marty differ on topics such as election reform, the need for improved rural broadband, and a host of issues that have been ignored by the current incumbent.

YOUR VOTE will put Mark Critz and Marty Qually on the November General Election ballot!

Many Democrats feel that their vote doesn’t count in a Republican-dominated county or district.  That is NOT correct – every Democratic vote counts in a statewide or national election.  And in this Primary Election, Democratic votes are the only way for two courageous and qualified and energized candidates to get on the November ballot!

If you have already voted by mail, we thank you and look forward to your continued support for Democratic candidates in the fall.

If you are voting in person, vote on Tuesday, when polls are open from 7 AM until 8 PM, and plan to vote on November 8th.

by Charles Stangor, Gettysburg Connection
May 16, 2022