"The Sky This Week" appears every Tuesday. It is written by Ian Clarke, Director of the Hatter Planetarium at Gettysburg College.  The planetarium offers regular educational presentations about the stars and the skies; there's something for early elementary through adults. Field trip requests are welcome. NOTE: schedule and field trip request form for Fall 2022 are not posted yet, but they will be up by the end of the month.

The moon, now almost full, dominates the night sky. After the full moon, August 11 at 9:36 p.m. it begins the waning half of its monthly cycle. If your calendar says the full moon is the 12th that’s because it’s going by Universal Time, which is four hours ahead of Eastern Daylight Time and thus into the next day.

As nice as a full moon is to enjoy it drowns out a lot fainter objects in the sky. That is bad news for this year’s Perseid meteor shower (peak August 11-12) because the moonlight will hide all but the brightest meteors. 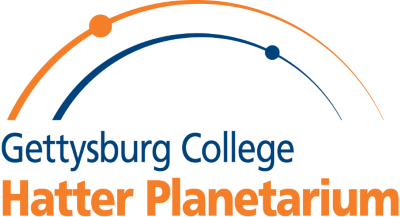 What can you see this week besides the moon? Planets of course!

Saturn rises first around 9:00 PM; look east about an hour after that for this yellowish point of light. (You need a telescope to see the famous rings.) Jupiter rises at 10:30 and Mars around 1:00 AM. If you are up in the early morning hours you’ll see these three planets stretched in a line from Mars in the east to Saturn in the southwest. Jupiter will be by far the brightest and Mars will look reddish. Fun fact: the planets are always roughly in a line, because the solar system is fairly flat (at least the major objects, like planets). Astronomers call that line in the sky the ecliptic. The planets may not be right on it, but they are always close by.

Think about it this way, the ecliptic is the plane of our solar system as seen in the night sky. 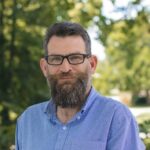 Ian Clarke is the director of the Hatter Planetarium at Gettysburg College. In addition he has taught introductory astronomy labs and first-year writing there for over 30 years (not necessarily all at the same time). He was educated at Biglerville High School, the University of Virginia, and the University of Iowa. He lives in Gettysburg.