“Expenditures are moving down from this year and revenues are going up and so the indicators are all in the right direction. I think our plan of a 1.5 percent tax increase as a preliminary move with a goal of being a zero percent tax increase is still achievable,” Board President Tom Wilson said.

Business Administrator Shelley Hobbs presented updates to the preliminary budget previously prevented in April and May.

“The numbers are becoming more real as we’re closing out the fiscal year,” Hobbs said.

“Local resources have decreased due to the Homestead-Farmstead amount having been officially released from the state, which is over $1 million,” Hobbs said.

The Homestead-Farmstead amount has increased drastically for 2022-2023 and a concern it is not anticipated to remain at this level for next year, she said.

The previously presented budget also assumed the district would revive $200,000 more in state funding, according to Hobbs.

“Variances have increased between revenues and expenses to $1.64 million at this time,” she said.

As information is received from the state, expense and revenue numbers will continue to be finetuned.

School boards are required by the state to have a finalized budget by the end of June.

“This is a moving document from now until June 21,” Hobbs said.

In other business, Director of Student Services Anne Corwell discussed a proposal of taking back the High School Autistic Support Program from the Lincoln Intermediate Unit (LIU).

The in-house autism program and consortium with other school districts would allow UASD to fill classroom vacancies with students coming from other districts and receive a payment, Corwell said.

As district personnel, this program would allow teachers and assistants to support each other in regard to scheduling and implementations.

Even with the hiring of an additional teacher at approximately $115,000, the change could be as much as a total savings of $118,000 for next year, she said.

“This would be a win-win for our students and the district,” she said.

The board provided a consensus nod of approval for the special education to proceed with the project to fruition. 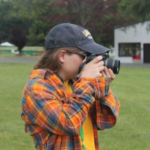 by Andrea Grabenstein, Gettysburg Connection
May 20, 2022