This story was produced by Spotlight PA in collaboration with Defector, an independent sports blog and media company. 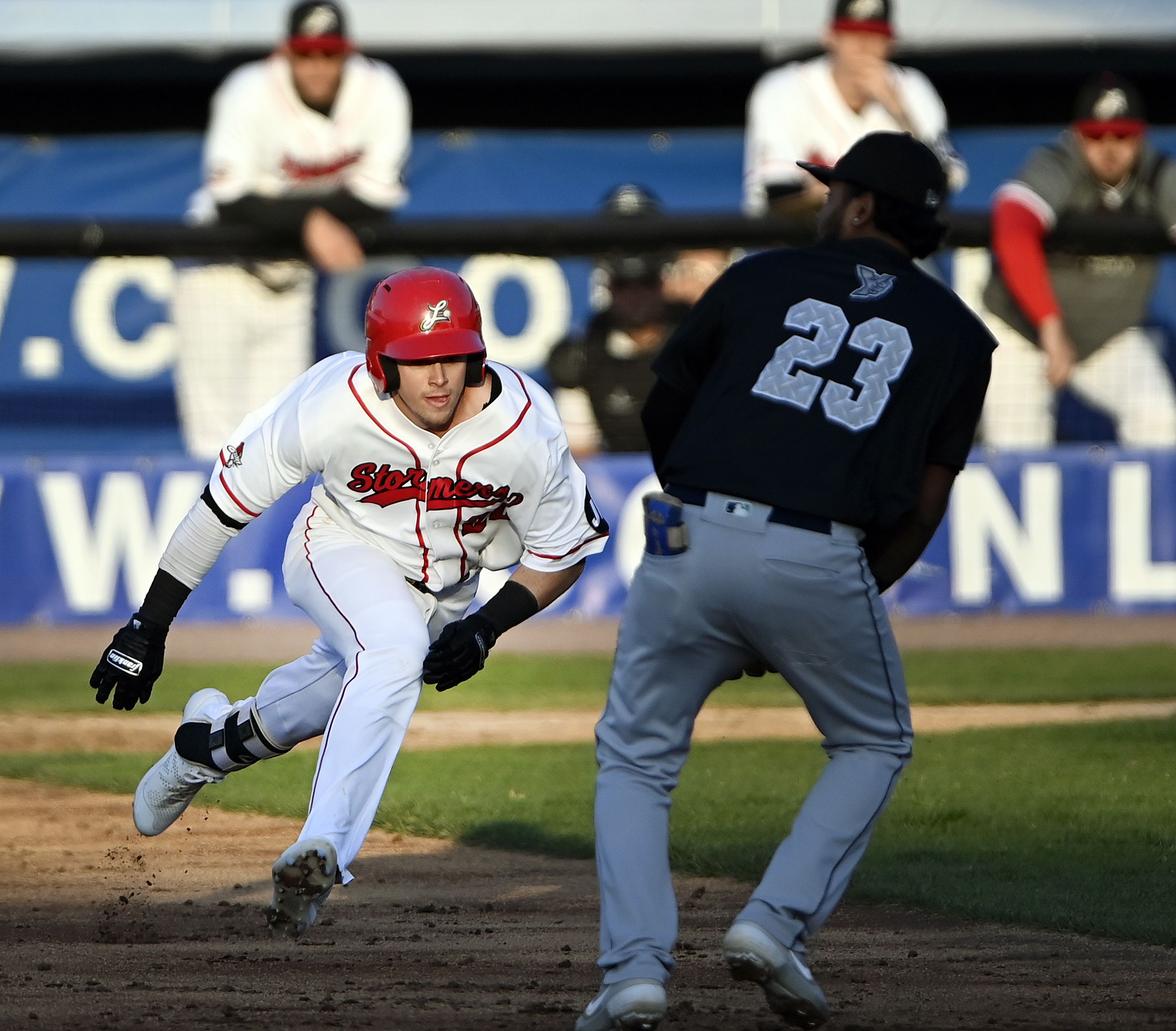 HARRISBURG — Professional baseball will become a fairer sport next year — at least in terms of compensation.

After a successful unionization push by minor league players, the workforce — historically paid poverty-level wages, a stark contrast to the massive earnings in the majors — is set to hash out its first-ever collective bargaining agreement with Major League Baseball.

Now, with the postseason wrapped up, the Major League Baseball Players Association (MLBPA), which added thousands of active minor leaguers to its ranks over the summer, is preparing to negotiate around long-time minor-league pain points, including salaries and travel conditions.

But while this organizing push was recognized by MLB, and touted by advocates as a step toward righting historic wrongs, the sport of baseball remains far from unionized overall.

As the MLBPA and the league hammer out their deal, hundreds of professional players on dozens of teams that are unaffiliated with MLB will not be represented at the bargaining table. These players likely will not see improvements in their working conditions, which insiders say can oftentimes be even worse than those at MLB-affiliated teams.

Here’s a look at what could be the next frontier in baseball’s labor reckoning — in Pennsylvania and cities nationwide — and why baseball experts say it probably won’t be.

How the minors got a union

But that breakneck effort followed years of delicate groundwork and scathing media attention on the haves-and-have-nots dynamic between the major league owners of minor league teams and the minor league players themselves.The unionization effort overcame staggering structural odds — including a century-old antitrust exemption that grants MLB a legal monopoly over the sport, and federal legislation that frees the league from paying minimum wage or overtime at the minor league level.

For decades, such barriers, and the promise of meritocracy built into the minor league system, kept wages low and conditions static.

In recent years, a perfect storm of factors broke that inertia: a $185 million settlement between MLB and minor leaguers in a class-action lawsuit over minimum wage and overtime violations, government scrutiny of MLB’s antitrust exemption in the form of a U.S. Senate inquiry, mounting political support for a minor league union in state capitals and Washington, D.C, and the tailwinds of surging public support for labor unions.

“Minor league players make near poverty wages while serving as some of MLB’s best ambassadors in communities across America,” U.S. Sen. Dick Durbin (D., Ill.) said in August. “Unionization would finally allow minor leaguers to negotiate for better pay and working conditions. I welcome this step by MLBPA.”

Why did minor leaguers need a union?

For decades, players in the now-unionized minors complained of poor working conditions and paltry pay. Citing minor leaguers’ advocacy groups, NPR reported in September that most players earned less than $13,590 a season — the federal annual poverty line for a single person — all while being paid and rostered by MLB clubs worth millions and millions of dollars.

“We just weren’t getting enough nutrition,” an unnamed player told Defector in 2021 about the dinners his team provided after games, strength training, team workouts, and pregame prep. “We got one scoop of pasta, one piece of chicken, and a little bit of whatever veggie.”

The player said his teammates were able to work out a deal for discounted chicken fingers and burgers with a local restaurant owner who was “a sympathetic fan of the team.” In the same Defector report, a Triple-A player with a National League club said, “Some guys get retail jobs; some guys do lessons” to make ends meet.

Previously, players found themselves bunking up together in team-provided lodging, sleeping in cars, and staying with host families. As The New York Times noted in a 2019 piece about players for the Scranton/Wilkes-Barre RailRiders (the New York Yankees’ Triple-A affiliate) living in an Old Forge funeral home, “less-than-desirable living situations aren’t uncommon for the many minor leaguers living on painfully tight budgets.”

Less than a year after adding the housing requirement in 2021, the MLB voluntarily recognized the minors’ historic union push this past summer.

Everything from salaries and benefits to grievance procedures will be on the table when collective bargaining between the MLB and the MLBPA gets underway.

Which minor-league teams are unionized now?

The MLBPA now covers players at all four affiliated levels — including Triple-A, Double-A, High-A, and Low-A, per ESPN.

Who’s not covered, and why?

The Atlantic and Frontier Leagues are independent, meaning they aren’t direct MLB affiliates — though both are MLB partners — and weren’t included in the unionization effort.

What’s the difference between affiliates and partners? Affiliate teams, like those listed in the section above, are controlled and funded by major league clubs. Teams in partner leagues, meanwhile, control their own rosters and payrolls. While “partner” may sound like a closer relationship than “affiliate,” in this case it’s not.

MLB reorganized the minors in 2021, controversially cutting dozens of teams to reduce costs. The league also designated four independent leagues — the Atlantic and Frontier among them — as partners.

Through the partner leagues, MLB experiments with new rules, equipment initiatives, and more, while agreeing to provide initial funding for operating expenses and scouting efforts.

The MLB Draft and Prospect leagues are collegiate summer leagues whose players are unpaid and treated as amateurs. Housing is provided to players in the Draft League, which is a collection of six former minor league teams cut from the MLB system amid 2021′s restructuring. (The Draft League, in particular, was an attempt to keep baseball in select cities while also drumming up interest in the MLB’s draft, which draws little interest compared with those of its peers in professional football and basketball.)

Independent league players and coaches declined to speak on the record with Spotlight PA and Defector about union interest due to the sensitive nature of the subject.

Who owns these independent teams?

Your local, unaffiliated team is probably owned by a local businessperson or an ownership group made up of area investors.

In Pennsylvania, for example, Bill Shipley, former CEO of the York-based Shipley Energy company, is among the owners of the York Revolution, while the Washington Wild Things are owned by area attorneys Stu and Francine Williams, former Steelers center Dermontti Dawson, and Pittsburgh business executive Jeff Coury.

Will independent league players unionize, too?

It’s possible, but there are significant obstacles to overcome in organizing a union on the outskirts of professional baseball, baseball experts say.

Among them: less job security, which makes it riskier for players leading an organizing effort; a more transient workforce; shorter careers; smaller checks to cover union dues; and less-monied owners.

J.J. Cooper, an editor for Baseball America who has covered professional baseball for decades, said union hurdles in the indy leagues are “much, much more significant than they are for the minors.” For one, the cash flow situation is very different, he noted. “There are plenty of examples of independent league teams that basically shut down because they ran out of money. So it’s a very different economic structure.”

The David-and-Goliath backdrop for unionizing was more obvious for affiliate teams owned and controlled by MLB clubs worth vast sums of money, he said. At the same time, Cooper noted that conditions for players are almost always worse in the independent leagues. “As a general rule you’re going to make less money, have less job security — you are probably going to work in the offseason to support your baseball habit, is the way people have put it.”

What’s next for organized and unorganized pro players?

Simon Rosenblum-Larson of More Than Baseball, a nonprofit that advocates for minor leaguers, said he’s unaware of any labor organizing in the independent leagues but is sure they’re watching their counterparts in the affiliates.

Rosenblum-Larson, a former minor leaguer, noted pay typically gets lower the farther you get from the major league orbit. “People have called it the wild west of baseball,” he said.

For instance, the Atlantic League is an independent operator and MLB partner (not affiliate) on the highest rung of the indy leagues. It says it “pays players to win baseball games, not apprentice.” Pay is a maximum of $3,000 per month across the league, said John Gibson, general manager and vice president of operations with the York Revolution. Most players make far less than that.

College summer leagues like the Prospect League of Johnstown, Pennsylvania, don’t pay players at all, Rosenblum-Larson noted, and in some cases are exceptionally popular and profitable thanks to the minimal overhead.

He pointed to the midwest’s Northwoods League, where even broadcasters are unpaid.

Asked to make the case for more unions in baseball, Rosenblum-Larson was unequivocal.

“Baseball players are a perfect example of a group of people who have immense and unique talent. And people are making money off that talent, and the players themselves are not seeing any of that money,” he said. “They deserve to be compensated fairly, and they haven’t since the beginning of minor league baseball.”

If you or someone you know has insight on working conditions in independent league baseball — the Atlantic League, Frontier League, or elsewhere — we want to hear from you. Reach out to reporter Colin Deppen here.

Why these Pa. teams got left out of the minor league baseball union