Pennsylvania is the only natural gas producing state in the U.S. without a severance tax. This severely limits the state’s ability to cover the necessary costs of infrastructure development that must accompany any new business development. A severance tax is a tax imposed on an energy company for the natural resource that the company extracts, or severs, from the ground.

Within Pennsylvania’s borders is the largest fraction of the Marcellus Shale Basin, a huge stretch of sedimentary rock several thousand feet underground that was laid down about 400 million years ago during the Devonian Period. Within the rock are fossilized and decayed organic matter, a huge source of natural gas and oil, trapped in the rock during the tectonic plate collisions that raised the Appalachian mountain chain. The Marcellus Shale stretches from New York state through Pennsylvania and south through western Maryland and into West Virginia, and to the west into far eastern Ohio, Kentucky, and Tennessee. It more or less follows the spine of the Appalachian Mountains. Pennsylvania has about 7788 active natural gas extraction wells in 34 counties. The most efficient process for extracting the gas from the rock is a process called hydraulic fracturing (or “fracking”), in which a high-pressure stream of water is injected into the well to fracture the rock and release the trapped gas. Not one of these fracking wells pays a severance tax to the state.

Instead, there is an “impact fee” on each well, imposed by legislation signed by then-Governor Tom Corbett in 2012. The Pennsylvania impact fee generates $173M to $227M per year, according to the Pennsylvania Budget and Policy Center. The Center estimates that a severance tax would bring in about $340M per year.

Governor Wolf’s Restore PA Plan to impose a severance tax to raise money for infrastructure upgrades has wide public support, according to an August 2019 poll conducted by the Center for Opinion Research at Franklin and Marshall College. This is the fifth year that Governor Wolf and the Democrats have introduced legislation to impose a severance tax, but it will probably go nowhere once again because of strong opposition in the Republican-controlled legislature.

Republican arguments against a severance tax center on three main themes. First, Republicans argue that if we impose too heavy a tax burden on the energy companies, they will simply leave the state. This argument, of course, is nonsense: they will not leave because this is where the resource is. New York has had a ban on natural gas fracking for five years now.

Second, Republicans argue that the estimates for the amount of revenue a severance tax will generate are much too high. It is difficult to evaluate this argument, because there are many ways to do a severance tax. All other oil- and gas-producing states have a severance tax, and they all do it differently, usually taxing either the volume of the extracted gas or its market value or some combination of the two. There are also many different ways of assessing market values, and different states grant different exemptions to incentivize new high-value production. It would not necessarily be easy and straightforward for Pennsylvania to devise a severance tax formula that strikes the right balance between raising revenue and promoting the industry, but it can be done.

Finally, the most important reason for Republican opposition is the general Republican anathema towards government “interference” (including taxation) of business. One perhaps unintended consequence of this Republican attitude is that Pennsylvania is a high property tax state.

Allow me to explain.

Building of any new residential properties by a real estate developer requires the local municipality or township to pay the costs of the supporting infrastructure — streets, a system to manage stormwater runoff, utility lines (water, electricity, sewer), etc. — not to mention the possible need for expanded schools, more police, and other amenities to support the growing population. The local government recoups these costs via some combination of developer fees and property taxes.

Developer fees — the fees the local government charges the developer — are usually passed on to the home buyer in a larger up-front cost for the home. So, the home owner ends up paying the cost of the infrastructure, either in the cost of the home up front or through property taxes over time. Pennsylvania Republicans have always worked to keep developer fees low — because they want to attract development — but the (perhaps unintended) consequence of this policy is that property taxes in Pennsylvania are high. On average the Pennsylvania property tax rate is 1.5% of assessed value, high compared to the national average of 1.07%. Here in Adams County, it is 2.34%. Assessed value is based on the fair market value of the property, which is determined by Certified Pennsylvania Evaluators.

Everyone (even me) complains about the yearly property tax bill. Changing tax laws is a complicated issue, because lowering one tax can result in having to raise another, as in the tradeoff between property tax and developer fees. We have an opportunity here to link property tax reform to the severance tax issue.

Pennsylvania does not have to be like North Dakota, but there are many ways that our state can strike a fairer balance of the tax burden between residents and big business. If we link imposing a severance tax to lowering property taxes there could be much more public support for the idea. 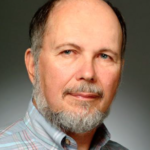 Jeff Colvin has spent his professional career as a research physicist, first at the Los Alamos National Laboratory and then at Lawrence Livermore National Laboratory, the two US nuclear weapons design laboratories. He lives in Gettysburg part-time and is chair of Gettysburg DFA Government Accountability task force.