I write books that sell to tourists. Like everyone else, last year was a “survive until next year”
year. I plan to sell several thousand copies this year – if it’s recovery year. But to do that, the
tourists have to come. And looking around the area and reading all the literature, I believe the
only thing that can endanger a good season for tourists is if Sen. Doug Mastriano’s views prevail.

Sen. Mastriano’s attitudes toward “opening,” masks, and vaccines aren’t just dangerous: they
are incoherent and incomprehensible.

Mastriano was an early leader of the “open now” movement. That’s a position you can take. But it doesn’t make any sense unless you also say, ”let’s do that safely, be sure to wash your hands and wear a mask.” Instead, Mastriano claimed that such requirements are “tyranny.” In essence, let’s open now and do it as dangerously as possible.

His claim about tyranny is total nonsense, of course. Government mandates things all the time: Mandatory evacuations when a hurricane is coming, vaccinations before you go to school, airbags and seatbelts, car registrations and speed limits. Demanding there should be no safety measures ensures the pandemic will be around longer and do more damage.

What Mastriano ignores is that businesses want to open but many of them recognize that we’re not out of the woods until the disease is contained. Do you think the operators of those festivals and reenactments and conferences last year canceled their events because people wouldn’t be able to dine indoors at the Blue and Gray? Or were they canceled because they knew they couldn’t operate such an event safely and that people wouldn’t come?

Those of us engaged in the tourist business have observed that business is good for this time of year and are optimistic we will finally have a good year after four down years. But we are all acutely aware that this can all stop if there’s another outbreak. We want people to get vaccinated and we want the them to act safely. We don’t want people sabotaging the season for political gain.

Mastriano’s activities aren’t just an attack on his favorite targets, Governor Wolf and former health commissioner Levine. His activities about elementary safety measures threaten the safety and economic prosperity of his district.

Right now, the biggest danger to our tourist business is that Mastriano’s dangerous and irresponsible ideas will prevail. 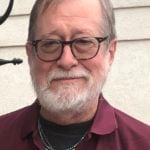