Gettysburg Connection is pleased to publish today the first in a series of articles called The Black Influence. The series focuses on the African American experience in and around Gettysburg, traveling back to the 1780s and expanding to the present time, each article providing descriptions of local African American people and events that shaped Gettysburg and Adams County.

This week’s article is by Gettysburg Connection contributor Jenine Weaver.

In 1780, Pennsylvania lawmakers passed “An Act for the Gradual Abolition of Slavery.” The Act stated people born into slavery in 1780 and after, would be freed when they turned 28 years old. However, people born into slavery before 1780 were still enslaved for life. For the time, this was a progressive step, but don’t let this cloud the view of the Black reality. Local people still owned slaves, those that were free lived restricted, segregated lives, and very few slave owners were willing to give them up, even when they turned 28. Slavery did not end in Adams County until the 1840s.

Known as the first African American resident of Gettysburg, Sydney O’Brien was freed from slavery in 1833. She purchased a home on South Washington Street. She was born the slave of Isabelle & James Gettys Sr., the founder of the Borough of Gettysburg. Sydney is recorded as being “mulatto”, but her parentage is not traceable. It’s rumored she could be the child of James Gettys Sr. and his wife’s slave “Old Doll”. It is also rumored that her daughter, Getty Ann, could have been the child of James Gettys Jr. With limited records, the truth is not known. *Important note: do not romanticize a relationship between slave owners and their slaves. Most mixed race children born to female slaves were the result of rape and abuse of power by the slave owner.*

Although it is recorded that African American children in Gettysburg attended schools as early as 1824, the Pennsylvania Free School Act required schools for African Americans. The 5th school in Gettysburg was designated as the Colored school, on the corner of South Washington and High Street. Descriptions of the school depict broken equipment and limited supplies. The school was moved to the AME Church until a new school was built in 1883/84.

In 1835, Daniel Alexander Payne (February 24, 1811 – November 2, 1893) made his way to Adams County after his hometown of Charlestown, SC made it illegal to operate schools teaching African Americans. Payne attended the Lutheran Theological Seminary. Working closely with Gettysburg College, Payne started a school for Black children in an open Gettysburg College building. “The colored people of Gettysburg have more means for mental and moral improvement than any community of colored people with which I am acquainted  … the professors in the College and the Seminary, and also the students of both institutions stand ready to counsel, assist and instruct them, both night and day.”

Unfortunately, few students took the opportunity for reasons of family migration, young children needing to work, and religious differences. Payne went on to become a bishop at the African Methodist Episcopal (AME) Church in 1852.

Although Black residents were permitted to attend White churches, they were offset to specific pews and limited in their prayer and membership. In 1838, the African American community founded the first Black Church of Gettysburg, the Wesleyan Methodist Episcopal Church. It was located on Franklin Street and the first pastor was Rev. Abraham Cole. Shortly after the start, the church changed positions and became the St. Paul AME Church. A location to worship was given to them by Thaddeus Stevens, a local antislavery advocate.

Throughout the years, the AME Church advocated for abolition of slavery and participated in the underground railroad. Today, the AME Church is located on the corner of South Washington Street and Breckenridge Street.

During this time, the Black community was thriving. There was work for African American adults and education for their children. When Virginia resident Mary Maddox’s husband died, she manumitted their slave, Catherine “Kitty” Payne in 1843. Kitty took her four children to Adams County. Sadly, her youngest child, and infant of only a few months, died shortly after their travels.

In an act of despair from severe debt, Mary’s nephew, Samuel Maddox Jr., went to Adams County to regain his uncle’s property. Samuel Jr. and several other men viciously kidnapped Kitty and her three children and took them to Virginia. One assailant was caught but Kitty and her children were not released back to Pennsylvania. Rappahannock County kept her and her children prisoner for over a year. They called it “safekeeping.” *Notice these are more words to ease the guilt of history. Kitty was violently kidnapped and held as a prisoner by the state. That does not sound like safekeeping, it sounds like conspiracy.* She was eventually released and made her way back to Adams County.

This article was reviewed for accuracy by local historian Debra Sandoe McCauslin.

Christ, Elwood W. (1999). “On the Trail of Sidney O’Brien: An Inquiry into Her Family and Status – Was She a Slave or Servant of the Gettys Family in Gettysburg? Was Her Daughter, Getty Ann, a Descendant of James Gettys?,” Adams County History: Vol. 5 , Article 4. Available at: https://cupola.gettysburg.edu/ach/vol5/iss1/4 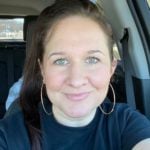