This page presents tributes to some of the many Adams Community members who have passed in 2021.

If you know someone we should include, please contact us.

This, too, shall pass. That’s the sentiment the ever-optimistic “Mister Ed” Edwin Lee Gotwalt, 84, would pass on to anyone grieving his loss on Friday, February 26, 2021, of natural causes. The date also marks his 54th wedding anniversary to his treasured wife, Patricia Gotwalt, and the 46th anniversary of the founding of his famed attraction, Mister Ed’s Elephant Museum & Candy Emporium in Orrtanna. He was born on May 20, 1936, in a small home on Jackson Street in York, PA, to Edwin E. Gotwalt and Marie Strausbaugh.

In addition to his wife, Gotwalt is survived by a son J. Michael Taylor and granddaughter and grandson-in-law Nicole and Isaac Bucher, all of Orrtanna. His pride and joy is his great-grandson, Larkin Lee Bucher. He was predeceased by his daughter Tammy Cullison, a brother Danny Gotwalt, and many pets throughout the years, most especially Sam and Mittens. Gotwalt owned and operated Mister Ed’s Elephant Museum & Candy Emporium from 1975 until his retirement in 2014. He and his wife sold the business to their grandchildren and delighted in watching its continued success. Though the business has evolved through the years, his enduring lessons of customer service, reinvention and perseverance continue to guide it.

But Gotwalt wasn’t one for retirement and sitting in the passenger seat. He enthusiastically dove into a second career that fulfilled his lifelong passion of public speaking and service. He imparted his hard-learned lessons as an entrepreneur to other business leaders through his “Ten Commandments of Good Business,” and after a car accident that nearly cost him his life in 2017, began speaking to community and spiritual groups on “Angels, Miracles, and Other Stuff.” He also lent his knowledge by serving on boards of various organizations, from Destination Gettysburg to Totem Pole Playhouse to the Lincoln Highway Heritage Corridor.

He was also a long-time member and former president of the Cashtown Lions Club and Salisbury Jaycees.

Mister Ed is a self-made businessman who started work at just 6 years old selling outdated calendars door-to-door in York city to help his single mother put food on the table. As a child, he worked on farms, sold newspapers, and took care of his mother, not receiving a formal education past the eighth grade. As a teenager, he took a job with Giant Food Stores in Washington, D.C., then a small grocery chain, where he worked up the ranks to become a store manager. He left the grocery business briefly to operate businesses in Salisbury, MD. There he opened The Hut, a much-loved pizza and sub take-out shop, and the Casa Del Ray, a restaurant and motel, before returning to Giant.

Once again following his entrepreneurial spirit, Gotwalt moved back to his home state of Pennsylvania and opened Mister Ed’s: The Area’s Most Unusual General Store, just down the road from the current store. The original Mister Ed’s enjoyed much success as a community gathering place where locals would come for food and fellowship at the snack bar and to see curiosities, like a small elephant collection.

Always a dreamer, Gotwalt re-invented Mister Ed’s as an elephant museum and candy emporium at its current location on Feb. 26, 1983. As the business grew, and it became known as a must-see destination, Gotwalt added rooms and an ever-changing stock of unique candy and gifts.

Ed and Pat spent much of their life with Mister Ed’s on the road. At the peak, the pair was selling candy and peanuts at 42 different events as far away as Georgia and Michigan. Closer to home, they participated in the National Apple Harvest Festival, Gettysburg Reenactment and York Fair.

Some of his fondest memories come from being on stage at Totem Pole Playhouse, and being part of films like the “Route 30 Trilogy” and “Father and the Bear,” by longtime friend John Putch.

Everyone knows Mister Ed, but few know the real Eddie Lee. At every turn throughout his life, he experienced the lowest lows that would bring other men to their knees. Even in the face of the unthinkable, he was unsinkable. But he also relished in the highest highs, always knowing with absolute certainty they would come. He possessed a child-like optimism and saw good everywhere he went. He was a gambler, who knew that big risks brought big returns. He was generous and loyal to a fault. He was a traveler, not a tourist, who was most alive when exploring the world and finding off-the-beaten-path gems that few dared to discover. His favorite places were the tiny island of St. Martin and the Theatre District of Manhattan. He was fed by theater, and made many friends through the years. To him, all the world was a stage, and he used his talents at every opportunity to do good and bring joy to people. Most of all, he fiercely loved his family.

A celebration of life service is being planned for late spring at Lower Marsh Creek Presbyterian Church, where he was a member and sang in the choir.

Arrangements have been entrusted to Monahan Funeral Home.

Calvin James Gilbert was a family man with a passion for Music, Church and his Community of Orrtanna

Calvin James Gilbert, Sr., 86, 0f Orrtanna, passed away peacefully on Thursday, February 18, 2021 at Wellspan Gettysburg Hospital.  He was the loving husband of Delores Mae (Weaver) Gilbert, Orrtanna.  Together they shared 68 years of marriage.

He was born July 24, 1934 in Etters, the son of the late Daniel Winters and Mary Elizabeth (Anderson) Gilbert.

Mr. Gilbert delivered milk for Mason Dixon Dairy and later was a milk tester for the Pennsylvania Dairy Herd Improvement Association. He was a member of St. Ignatius Loyola Catholic Church, Orrtanna and sang in the church choir.  An accomplished bluegrass fiddler, he played with the Hilltop Harmonizers and Tailor Made and especially enjoyed his Friday night jam sessions at the Arrow Horse on Chambersburg Street in Gettysburg.  He operated Jim’s Taxidermy for several years and will be remembered for his positive attitude and wonderful sense of humor.

A Funeral Mass will be held at a later date at St. Ignatius Loyola Catholic Church, 1095 Church Rd., Orrtanna with Rev. Dominic DiBiccaro officiating.  Burial will be in St. Ignatius Cemetery, Orrtanna.

Arlene Lawver was an active member of the Gettysburg community ranging from being a Sunday School Teacher to serving meals for the Gettysburg Fire Department all of her life.

Arlene (Kime) Lawver, 96, of Gettysburg, passed away peacefully on Wednesday, January 27, 2021 at SpiriTrust Lutheran The Village at Gettysburg. She was the loving wife of the late John D. Lawver, Sr who passed away February 1, 1998; together they shared 52 years of marriage.

Born Saturday, February 23, 1924 in Gettysburg, she was a daughter of the late Guy and Edna Mae (Adams) Kime.

Arlene was a member of St. James Lutheran Church in Gettysburg where she was a Sunday School Teacher and in the Martin Luther Choir for over 30 years. Throughout her life Mrs. Lawver had many activities and memberships some of which include, working at the Gettysburg Garment Factory, Den Mother for Cub Pack 79, serving meals for the Gettysburg Fire Department and also working the Gettysburg Fireman’s Carnival for over 30 years, working the snack bar at the Gettysburg Skating Rink and working at the bike shop and she was also an avid Baltimore Orioles fan. Arlene was a loving wife, mother, grandmother, sister and friend; she worked in the community her entire life and will be deeply missed by so many.

In addition to her parents and husband, Arlene, was preceded in death by two brothers, Guy C. Kime, Jr. and Donald Kime.

The viewing and services will be private and at the convenience of the family. Burial will be at Oak Lawn Memorial Gardens, Gettysburg.

In lieu of flowers memorial contributions may be made to St, James Lutheran Church, 109 York St, Gettysburg, PA 17325.

Lawrence “Larry” Shrader was a devout lover of God, his country, his family, and the entire Adams County community for all of his life.

Larry was a 1965 graduate of Delone Catholic High School, a member of Immaculate Conception Catholic Church in New Oxford, and he served in the U.S. Army during the Vietnam War.  He was a life member of the New Oxford Social & Athletic Club, the McSherrystown Home Association, and United Hook & Ladder #33, and he was a member of the American Legion.

Funeral services will be held on Thursday, January 28, 2021, at 11 AM, at Feiser Funeral Home, Inc, 302 Lincoln Way West, New Oxford, with Rev. Keith Carroll officiating.  Burial will be in Marburg Memorial Gardens in Hanover.  A viewing will be held at the funeral home on Thursday, from 9 AM until the time of the service.  Memorial contributions may be made to the American Legion, 201 Carlisle St, Hanover, PA 17331.  Memories may be shared at www.feiserfuneralhome.com.

Jane Taylor and Her Twin Sister Married Brothers, Took a Double Honeymoon, and Lived in a Double House 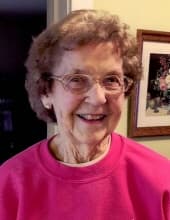 Hanover native Joe Senter was a a world traveler, polyglot, and photographer with an engaging smile and love for his family.

Joseph Jerome Senter, 58, died peacefully on January 27th, after a long battle with cancer, at his residence in Niceville, FL.

Joe was born on May 24th, 1962 in Hanover, PA.  He was a father, husband, brother, and son.  Joe leaves behind his loving and caring wife, Suphaphon (Aom) Senter and daughter, Angelica Senter at home and his daughter, Mirijam Senter and son, Dario Senter, residing in Mannheim, Germany.

Joe attended Spring Grove High School with the class of 1981 and later received his GED and joined the Army.  He found great success and belonging in the military.  He served in the Army as an Infantryman and later served in four branches of the military as a Department of Defense Civilian.  He was an excellent marksman and highly credentialed in Government Information Technology with a multitude of certifications in technology and Cyber Security.  He was one of six men chosen by Major Generals, and the first ever to pass, an intense six-hour certification in tech security.

Joe was a world traveler via his career, residing in Germany, Japan, South Korea, Thailand, and many locations in the United States.  He immersed himself into the culture of each country he lived in and learned what he could of the language and culture.  He fluently spoke German, basic Thai and basic Italian, as well as his native language, English.  Joe developed a passion for photography and captured beauty in the everyday world around him.  Joe was a genuine man.  He had an infectious smile and was funny, engaging, loving, and cared deeply for his family and his friends.

Joe will be terribly missed by his family, friends, co-workers, and all who knew and loved him.

A memorial service will be held on Friday, February 5, 2021, at 6 PM, at Feiser Funeral Home, Inc, 306 Harrisburg St., East Berlin, with Rev. Tony Wallen officiating.  A visitation will be held at the funeral home on Friday, from 5 PM until the time of the service.  Memories may be shared at www.feiserfuneralhome.com.

(This obituary was originally published here)